Electing to bat, Gujarat scored 112 runs for two wickets. In reply, Delhi were all-out for 86 runs.

Teams from Uttar Pradesh, Maharashtra, Chandigarh, Chhattisgarh are in pool A, while teams from Gujarat, Delhi, Madhya Pradesh and Telangana are in pool B. The tournament is supported by the Uttar Pradesh Women’s Cricket Association. 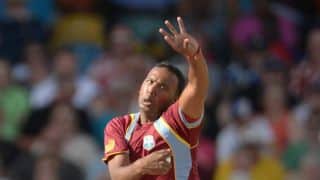