Despite sealing the three match T20I series against Sri Lanka, 2-0 with one more game to go, New Zealand find themselves under the pump with potentially four players from their 14-member squad unavailable for selection owing to injury.

With the third and the final game scheduled to be played on Friday, New Zealand Cricket had to fly in Hamish Rutherford from UK on short notice as cover, and if Tom Bruce fails his fitness test, the 30-year-old who last played a T20I for NZ way back in 2013 could be scratching middle and off coming this evening.

Bruce tweaked his right knee during the Black Caps’ series-clinching win in the second match yesterday to join the likes of Ross Taylor, Martin Guptill and Lockie Ferguson on the sideline.

For Rutherford, it was a call that he was not expecting.

I was actually sitting in Worcester, quite deep in star war trilogy, Rutherford told NZC after joining the team in Sri Lanka. So it was quite strange to see phone ringing with Gavin Larsen s name on it, because I had absolutely no idea what was going on, so it was quite a unique evening from there on.

Rutherford was in England playing the T20 Blast for Worcestershire, but will have to miss the team;s quarter-final match against Sussex, but he will be back the following day. Rutherford hopes he can make this unexpected call up count.

its been quite a few years (since) to be involved. i have just got in, it would be good to catch up with the players. It is great to be back here, and if this opportunity to scratch middle and off that will be great, said Rutherford, who has 2889 runs from 123 matches at an average of 25.34.

i got the official word yesterday morning UK time, which is four hours from where we are currently and then 10 hours flight over from london, and four hour trip through the mountains, and we are here, said Rutherford about the trip to join the team 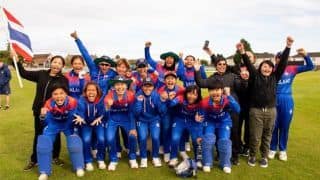 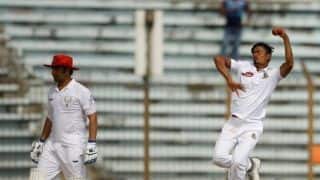