Alsop, who has represented England at Under-19 and Lions (England's second-tier) level, says he is fortunate as a professional sportsman.

County cricketer Tom Alsop is kicking his heels because of the coronavirus pandemic but says his mother’s job on the front line in a British hospital puts his frustrations into perspective.

Global cricket is on hold, including the start of the English season and the lucrative Twenty20 Indian Premier League, with dire warnings sounded over the potential financial fallout from a prolonged shutdown. Hampshire player Alsop has been placed on the furlough scheme – which sees 80 percent of wages up to a certain level covered by the British government. The players are in talks with the club about the remaining 20 percent.

The 24-year-old, who says county cricketers’ wages are “very good for what we do”, said the issue pales into insignificance compared with the work his mother and other National Health Service staff are doing. Alsop, who has represented England at Under-19 and Lions (England’s second-tier) level, says he is fortunate as a professional sportsman.

“My morale is as positive as it can be during these uncertain times. With my mother’s job in intensive care (working as a senior critical care nurse) at RUH (Royal United Hospitals) Bath, it really puts things in perspective,” the wicketkeeper-batsman told AFP. “At the end of the day it’s a game. I don’t drive into work every day wondering how many lives I might need to save or are there going to be enough beds for everyone.”

He hopes one positive outcome of the coronavirus will be that it will make people rethink their priorities.

“What really matters in life is family and loved ones,” he said. “Not being upset over not having the newest Mercedes or that your stock portfolio has fallen by a few points.”

Alsop’s father was responsible, along with his older brother Owen, for sparking his interest in cricket, with fiercely fought games in their back garden. “That often ended in argument, mostly down to me only wanting to bat and not bowl,” he said.

He has gone on to enjoy “exhilarating highs” including his maiden first-class century and seeing different cultures on tour, including Sri Lanka.

Alsop said county players, being on 12-month contracts, were required to continue training and take part in strength and conditioning during the off-season, making it a “full-time job”. The relative monotony of that has been alleviated with two spells playing in Durban, South Africa, and one training in Perth, Australia.

County cricketers in England and Wales are now being forced to work out alone as they wait to see if and when the season starts due to the COVID-19 lockdown.

“Training is difficult at the moment in respects to batting and ‘keeping,” said Alsop, who is currently living with his parents. “At Hampshire we’ve all been given home fitness programmes so I’ve been following mine so far. The club’s WhatsApp has been very busy, everyone is staying in touch. There’s been lots of quizzes, pictures and videos shared, all aimed at making each other laugh and to keep each other sane.”

He and his team-mates would love to be playing the sport they are paid for but like everyone else they are in the dark over when or whether the season might start.

“Cricket is restricted by the elements unlike other sports so that certainly puts some pressure on,” he said. “I think it’s highly likely the Twenty20 tournament will be prioritised as its most if not all clubs’ biggest money-earner compared with the other two formats (four-day first-class cricket and 50-over cricket).

“Especially with the financial effect that COVID-19 is having on businesses and the economy.”\ 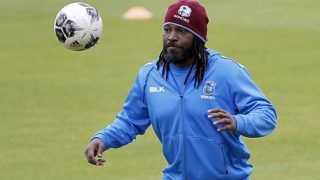 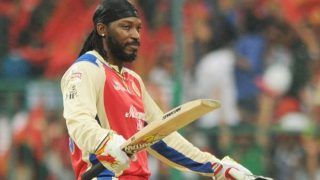