Born on January 11, 1973, Rahul Sharad Dravid turned 43 on Monday. ‘The Wall’ as he came to be known during his playing days, is one of the greatest batsmen to have graced the sport, and perhaps the best Indian batsman after Sachin Tendulkar. Dravid’s classic, orthodox technique, as well as his ability to hold his ground for hours altogether is what set him apart, and have cricket some of its most memorable knocks ever. Aside from being a fabulous batsman, Dravid was a fantastic slip-fielder, donned the wicketkeeping gloves for quite some time, captained his side to memorable series wins in West Indies and England, and even bowled around for a bit (even if he collected a total of five wickets in his entire span of international career). Essentially, Dravid was the perfect team man in every sense, and lived up to that name till the end of his career. READ: The day Rahul Dravid conquered Adelaide during 2003-04 Australia tour

Dravid however, had a history of being overshadowed throughout his career. His flamboyant 95 at Lord’s on debut was overshadowed by Sourav Ganguly’s 131. He hit a memorable 180 in the legendary Eden Gardens Test against Australia in 2001, but that was more of a supporting role to VVS Laxman’s 281, the latter’s magnum opus. Even in his retirement, Dravid exited in a rather quiet manner, unlike the lavish farewells that some of his team-mates enjoyed at the end of their careers.

It is only fitting for the India U-19 as well as the India ‘A’ teams to have Dravid as their coach following the latter’s retirement. For a man who lives and breathes for Team India, its fans can rest assured of the young cricketing talent being given the best guidance and tutelage under ‘Jammy’. READ: Coaching India U-19 team most satisfying since retirement, says Rahul Dravid 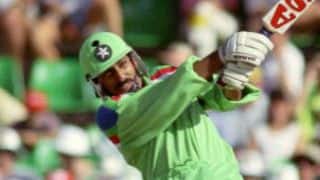