Former India captain Sourav Ganguly believes Pandya can prove to be India s very own Jacques Kallis and that the young Indian all-rounder should draw inspiration from the legendary South African.

A player who has earned a permanent spot in the Indian side in a very short time is Hardik Pandya. With pace bowling, destructive batting and impressive fielding skills, Pandya is one element of the current Indian team who has manifold roles in a match. Former India captain Sourav Ganguly believes Pandya can prove to be India s very own Jacques Kallis and that the young Indian all-rounder should draw inspiration from the legendary South African. Pandya s 66-ball 83 in the first One-Day International (ODI) against Australia was instrumental in India s victory in the match and Ganguly heaped praises on him for his timely knock. WATCH: Hardik Pandya s blistering 83 in 1st ODI vs Australia

When players play for so long, MS has played over 300 ODIs for India, they know how to get runs. More than 9000 runs for Dhoni in one-day cricket and he ll get a few more by the time he finishes. It s the captain s confidence and Virat should get a lot of credit for it because he s put a lot of faith in Dhoni and that allowed MS to play the way he wanted. Players are made and players are broken by the faith you show in them. And I think Virat Kohli is responsible for what we are seeing of MS Dhoni today, Ganguly said in an interview with India Today.

He s very important to this squad s progress in the next couple of years provided he keeps his head on his shoulders and keep the confidence going. The next 15 months, when he goes to South Africa, England and Australia, once he goes past that circle he ll either become a very good player or he ll probably start fading away, he added.

India will play the second ODI at Kolkata on Thursday. 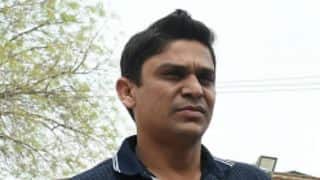 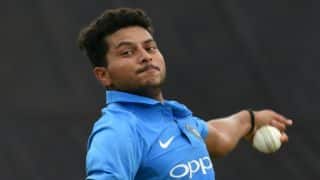