India's Harmanpreet Kaur has stated that the team is looking forward to perform in the same manner and intensity in the next edition of the tournament in 2021.

Following a commendable performance in the just concluded ICC Women’s World Cup 2017, and finishing as the runner’s up in the tournament, India‘s Harmanpreet Kaur has stated that the team is looking forward to perform in the same manner and intensity in the next edition of the tournament in 2021, slated to be held in New Zealand while they will aim to win the tournament. Harmanpreet expressed her satisfaction over the manner in which the current team is performing at present, ans wishes to continue to do the same, as they wish not to fall short of the target four years later in New Zealand. Harmanpreet moves up to 6th spot in ICC ODI Rankings

“The way our team is performing is very good. We have been waiting for this moment since long and I think the way our team is performing at the moment, whosoever leads us in the 2021 World Cup, I just wish our team perform in the same way that we did in this World Cup and win the cup. We will try not to fall short of the target. I have played domestic and international cricket but had never played long innings. I loved it that I played well in times of need,” said Harmanpreet. ICC name Mithali captain, include Harmanpreet, Deepti in team of Women s World Cup 2017

“I like to bat in that way since childhood, I have learnt to play that way and played cricket with boys, who used to hit sixes and I liked hitting sixes. In the final [that India lost to England], we needed runs and I was going for runs, I played the shot thinking it will be fully covered, but it went into the fielder’s hand. I was very disappointed. It was not at all difficult in terms of fitness, as I like fitness and like to play football. There were injuries, but thanks to physio, I did alright,” Harmanpreet added. 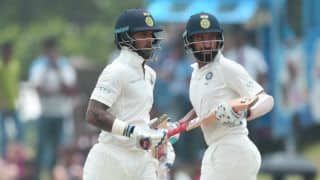