Lorgat is regarded as India's nemesis after his dispute with the BCCI last year.

Cricket South Africa (CSA) CEO Haroon Lorgat is the best person to lead the country’s fight against the planned structural overhaul of the International Cricket Council (ICC) which would give executive decision-making to India, England and Australia, feels former CEO Jacques Faul.

Lorgat, formerly CEO of the ICC, is regarded as India’s nemesis after a dispute with the Board of Control for Cricket in India (BCCI) lead to a shortened tour by the country at the end of last year.

Lorgat had been at loggerheads with the BCCI during his ICC tenure, with the Indian Board reportedly advising CSA not to appoint him after the body had dismissed disgraced CEO Gerald Majola in the wake of a financial scandal related to the 2009 Indian Premier League (IPL).

“This matter must be fought with everything at our disposal,” Faul told Afrikaans daily ‘Beeld‘, after CSA President Chris Nenzani objected to ICC’s plans which would put control of world cricket into the hands of India, England, and Australia.

Faul served as acting CEO of the CSA until Lorgat was appointed last year. He is currently CEO of the provincial franchise side Titans.

“You can probably still accept the notion that these three countries generate the biggest revenue in world cricket, but as regards decision-making over the game, everybody must have an equal opportunity and you can’t have just three countries deciding as it suits them,” said Faul.

The former CEO said plans for the takeover had been long in the making and worked out in fine detail.

“The guys would have done their homework and definitely canvassed votes already. Some of the smaller members could be offered rewards to vote in favour of their plans,” said Faul .

Seven out of 10 votes are required for the proposal to be accepted at the ICC.

Analysts here have said that despite South Africa being the top Test side, it would generate less revenue than even Pakistan if the proposal is implemented. 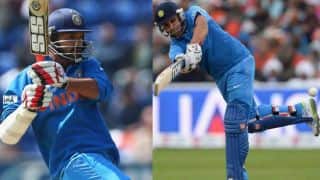