There was no twist in the tale. It was a comprehensive victory for one and an embarrassing loss for the other. The third ODI between Pakistan and Sri Lanka was a classic example of a one-sided contest. Pakistan flattened Sri Lanka to turf by 7 wickets, sealing the five-match series 3-0.

Nonetheless, it was a special match for the debutant Imam-ul-Haq and ever-improving Hasan Ali, as both added milestones to their CVs.

Thanks to Hasan Ali s five-wicket haul that Pakistan dismembered Sri Lanka for a mere 208. While running through the opposition s batting, Hasan Ali also became the quickest Pakistani to 50 ODI wickets, levelling with Dennis Lillee. Only Ajantha Mendis, Ajit Agarkar, and Mitchell McClenaghan are ahead of the Pakistani in the list.

The track was flat, and the outfield was as fast as you get in the subcontinent. Ask an out-of-form batsman to play on it, and he will find his lost paradise. Such easy was the pitch to bat on.

Sri Lanka remained in the shell, showing no signs of rising above Pakistan. There was no momentum in the innings. Captain Upul Tharanga, amidst a mediocre batting display, played the only innings worth watching, while the others put the viewers to sleep. It was for his 61-run knock that Sri Lanka could post a modest total.

There was no way that Sri Lanka could have made inroads into the stylish Pakistani batting. Although the track wore out in the second innings and the puff of dust gave the batsmen a scare, Imam-ul-Haq was not one to give in. He became only the second Pakistani to score a hundred on debut. Keeping himself calm, Imam did what the situation demanded. At no point did he rush through the gears and showed signs impatience and hesitation. He added three vital partnerships to take Pakistan home: 78 runs with opening partner Fakhar Zaman, 66 with Babar Azam, and 57 with Mohammad Hafeez. His 100 included 5 fours and 2 sixes. 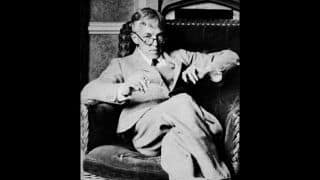