Hashim Amla scored a sizzling 97 not out to lead South Africa to a commanding 178 for 4 in the deciding third T20I at Cape Town on Wednesday.

Hashim Amla scored a sizzling 97 not out to lead South Africa to a commanding 178 for 4 in the deciding third Twenty20 International (T20I) at Cape Town on Wednesday. Amla and Quinton de Kock got South Africa off to a blazing start, thrashing 47 in the first four overs. Both batsmen were in cracking form, but de Kock was the one who got going in the first over itself. He hit Nathan Coulter-Nile for two fours in the first over of the match. John Hastings started with a quiet first over, but Shane Watson was smashed for 18 runs off the third over. LIVE CRICKET SCORECARD: South Africa vs Australia, 3rd T20I at Cape Town

Hastings was then flayed for 15 runs off the next over, as the Proteas marched to 47 for 0 after 4 overs. That is when Coulter-Nile struck to cut short de Kock’s innings. The left-handed wicketkeeper-batsman had thrashed 25 off 13 balls with 4 fours and 1 six. Faf du Plessis, batting at No. 3, was not able to continue his good form and was dismissed for 4 off 7 balls, playing early to one from Watson and offering an easy chance to James Faulkner. Amla was so fluent at this point that despite du Plessis scoring just 4 his partnership with Amla yielded 27 runs. LIVE CRICKET UPDATES: South Africa vs Australia, 3rd T20I at Cape Town

Rilee Rossouw came in to bat at No. 4, but struggled to time the ball. He scratched around for 21 balls and made only 16 before hitting Coulter-Nile to Steven Smith. He added 47 with Amla, who by this point had started slowing down a bit as well. However, once Rosouw got out new man David Miller started making up for lost time.

Miller struck the ball cleanly and in his company Amla too started hitting the ball well. Amla started the final over batting on 84 and got the first ball away for 6 to move to 90. With 10 needed from 5 balls to reach 100, Amla took a single. Miller was later dismissed for 30 off 16 balls, and Amla was unable to reach three figures. He finished on an unbeaten 97 off 62 balls. South Africa finished at 178 for 4, leaving another steep chase for Australia. 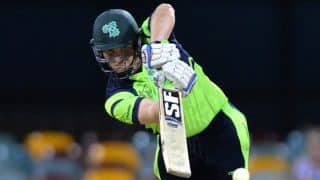 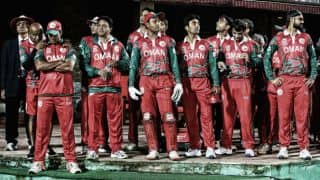