Hashim Amla next to take Kolpak route, set to sign for Surrey

Hashim Amla next to take Kolpak route, set to sign for Surrey

Former South Africa s batting mainstay Hashim Amla is the latest who is expected to take the Kolpak route. Amla, who announced his retirement from international cricket in August, is set to sign for Surrey as a Kolpak registration.

According to a report in ESPNCricinfo on Tuesday, the 36-year-old has agreed a two-year contract with the club. The English county will keep their fingers crossed and hope that the deal is closed before the end of the week which will be well before the end of the month when the possibility of a no-deal Brexit could cause problems as far as the future ofe Kolpak registrations in the county game go.

According to the report, Amla’s representative also held talks with Middlesex and Hampshire.

If the deal does go through, Surrey would have signed a second Kolpak registration after Morne Morkel, who has become an integral part of the squad.

With Rory Burns, Ollie Pope and Sam Curran out of the side due to international commitments, Amla could fill in those shoes which will also bring solidity to the batting line-up. 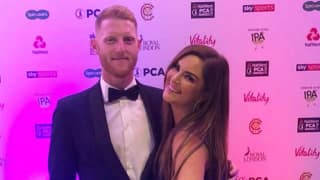