Hashim Amla has not being among the runs in the recent matches.

Cape Town: South African captain Hashim Amla will be under pressure in the second Test against England, starting at Newlands on Saturday. Amla and South Africa have not produced a single convincing Test performance since defeating a weak West Indies team at the same venue in the 2015 New Year fixture. Their 241-run defeat in the first Test against England at Kingsmead in Durban on Wednesday was their fourth loss in seven matches, with the other three fixtures severely affected by rain and ending in draws. Three of the defeats were in India. South Africa’s batting has been dismal during this period, with only three totals over 200 in 10 completed innings and just one individual century – Dean Elgar’s undefeated 118 at Kingsmead – and three half-centuries. Full cricket scorecard: South Africa vs England 2015-16, 2nd Test at Cape Town

Amla himself has hit the longest batting slump of his international career, scoring 150 runs in 10 Test innings at an average of 15.00 with a highest score of 43. His form in one-day and Twenty20 internationals has been similarly poor with his most recent 19 innings in these formats yielding a single century – against New Zealand in August – and no fifties. Amla took over the Test captaincy in 2014 and made a good start with series wins against Sri Lanka, Zimbabwe and West Indies, contributing heavily with the bat as well. READ: Hashim Amla: Not scoring the runs has been South Africa’s Achilles’ heel

But his recent form and an early history of reluctance to lead – he gave up an early provincial captaincy in order to concentrate on his batting, as well as the vice-captaincy of the national side at one stage – have caused questions to be asked about his future as Test captain. Following the Durban defeat he insisted he had “enjoyed every minute” of the job but expressed his disappointment at not being able to lead from the front in a struggling batting line-up. “We know we can turn it around,” he said.

Quinton de Kock seems likely to come into the team to strengthen the batting and take over as wicketkeeper from the over-worked AB de Villiers. At least one other change is likely, with fast bowler Dale Steyn an extremely doubtful starter because of a shoulder injury. READ: Dean Elgar, Dane Piedt: Knights among men for South Africa

England, meanwhile, go into the match on a wave of confidence after most of their players made significant contributions in Durban. Their only problem is whether to bring veteran fast bowler James Anderson back into the side, probably at the expense of Chris Woakes. Anderson missed the first Test because of a calf strain. His fitness will be assessed on Friday. 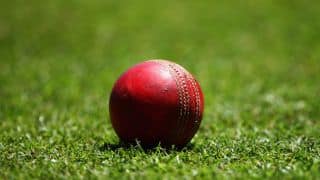