Dean Elgar and Dane Piedt are the only two bright spots that South Africa have in the first Test against England until Day 4.

In what appeared to a Test match filled with darkness and gloom for South Africa, there were few bright spots shining through. Dean Elgar and Dane Piedt stood out with the bat and ball respectively as South Africa fight it out against England to safeguard the match or achieve a noteworthy victory on the final day of the first Test at Durban. As we come to a conclusion of the game Vishal Mehra takes an ardent look at the performances of Elgar and Piedt and how it will only yield South Africa in times to come. Live Cricket Scorecard: South Africa vs England, 1st Test at Durban, Day 5

South Africa who have been out played in every department by England in the first Test will be pleased with the performances Dean Elgar and Dane Piedt. Coming into the Basil D’Oliveira Trophy 2015-16, both Elgar and Piedt were tested to the core on their tour to India, where both were able to show glimpse of the talent. Elgar in India played in all the four-Tests accomplished just 137 runs at an average of 19.57, which is a drastic drop from his career average of 38.72.  Even after managing just 137 he remained to the second most run scorer for South Africa after AB de Villiers. What stood out in India was Elgar determination to bat out in tough conditions, where on a regular basic he batted for almost 58 balls per match.

Elgar grueling first innings implementation for 246 balls just proved the fact that he is capable of batting for long sessions rather long days’. Elgar in his marathon innings of 118* also become the fifth South African batsmen to carry his bat through. Elgar the second time around, made a resolute 40 runs facing 71 balls before perishing to Steven Finn. Live Cricket Score, South Africa vs England, 2015-16, 1st Test, Day 5 at Durban

Dean Piedt on the other hand playing just his third Test for South Africa showed skills with the ball. Spinning and perspicacity were his weapons the second time around he came to bowl to the English batsmen, who are known to be pitiable against spin bowling. Piedt picked up on a solitary wicket in the first innings managed to displace five English batsmen second time around. Piedt outfoxed top-middle order batsmen from Alastair Cook to Moeen Ali.  Most importantly Piedt picked up the world’s no.2 batsmen Joe Root not once but twice in the match. ALSO READ: Stuart Broad: The batting and bowling marvel for England

Piedt out bowled every other South African bowler, bowling 36 out the 102 overs England played in second innings. Piedt prior to this Test had 12 wickets to his name with a best of four for 62 against Zimbabwe. Piedt in his only Test on Indian soil troubled Indian batsmen plucking up 4 wickets in the first innings in fourth Test at Delhi with match figures of 4 for 170, which he has bettered in this match alone. ALSO READ: James Taylor: England’s new crisis man

As we venture into the New Year, South Africa will feel exulted knowing that, they have two players who can and surely will form the back bone of the team in batting and bowling in a time not far away. Dean Elgar and Dane Piedt will go into the night knowing that the rise of their abilities shall not go undetected and some day propagate great surplus for South African Cricket. 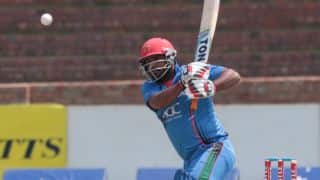