Steyn had recently announced his retirement from the longest format of the game to focus on white-ball cricket.

Dale Steyn had taken a slight dig at the Cricket South Africa (CSA) selectors over his absence from the T20I squad for the upcoming India series. The governing body now have issued a statement where they have categorically mentioned that Steyn was not “medically ready” which was the reason for his exclusion.

“He is not yet medically ready and our information makes that very clear,” CSA’s acting director of cricket Corrie van Zyl. He also added that Vernon Philander, recuperating with a hamstring injury, and Theunis de Bruyn, down with a back injury, are expected to be fit in time for the three-Test series against India in October.

“Both are on track, but they will have to play one match before the tour to prove that they are fully fit,” Van Zyl said.

Steyn took to Twitter to vent out his frustration and while replying to a tweet, he had said that the CSA selectors may have missed his number despite making himself available for selection. “I did Obviously lost my number in the reshuffling of the coaching staff,” the 36-year-old wrote.

Steyn had suffered a shoulder injury during his two-match stint with Royal Challengers Bangalore in IPL 2019. The injury first ruled him pout of the two South Africa s practice matches and later from the World Cup. He hasn t played any competitive match since IPL 2019.

South Africa s highest Test wicket-taker with 439 scalps, Steyn had recently announced his retirement from the longest format of the game to focus on white-ball cricket.

Apart from Steyn, Chris Morris too isn’t part of the T20I squad. Van Zyl also confirmed that Morris had made himself unavailable for selection. “It is well known that Chris’ national contract was not renewed beyond the World Cup. Then, following his super performance at the World Cup, negotiations began on awarding him a new national contract but by then he had already made other commitments,” he said. 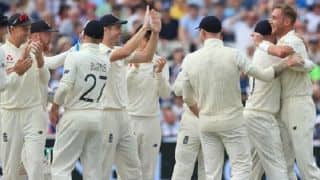 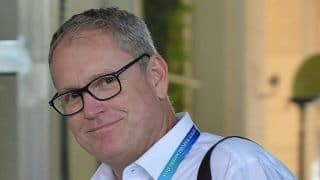 Tom Moody set to be appointed coach of Oval franchise in The Hundred: Report