Under Shastri, Kohli and Co. became the first Indian side to win the Border-Gavaskar Trophy on Australian soil to begin the year on a positive note.

Under the guidance of head coach Ravi Shastri, Indian cricket team witnessed another fabulous year across all formats with magnificent wins over Australia, South Africa, West Indies, Bangladesh. With new year coming up and new challenges awaiting, Shastri wants his players to continue their dominance in world cricket and carry on in the same vein.

Congratulating his team on their achievements in 2019, the 57-year-old posted a heartfelt tweet on his official handle to acknowledge the effort and inform their wards about the upcoming challenges. Shastri shared a collage of pictures giving a glimpse of Indian cricket’s major achievements in 2019.

He captioned the tweet: “Happy New Year! Guys, you have had an outstanding year in 2019 and now get ready to attack the fresh challenges ahead. Enjoy the rest. See you with 2020 vision.”

Under Shastri, Virat Kohli and Co. became the first Indian team to win the prestigious Border-Gavaskar Trophy for the first time on Australian soil. Continuing their form, India dominated the hosts in the ODI series as well to end the tour with a bang.

Happy New Year! Guys, you have had an outstanding year in 2019 and now get ready to attack the fresh challenges ahead. Enjoy the rest. See you with 2020 vision 🇮🇳🙏 pic.twitter.com/lwNGj0bj6O

India then went to beat West Indies in the limited-overs and Test series before beginning their home season began with the T20I series win against South Africa. Kohli and Co. blanked the Proteas 3-0 in the Tests.

India then went on to beat Bangladesh in the T20I series and whitewashed them in the Test series which included their maiden Pink-Ball outing in the longer format.

India once again beat the West Indies in the limited-overs series (T20Is and ODIs) to cap off their brilliant season.

There were some heartbreaks too in the year when India, who started with the favourites tag at the ICC Cricket World Cup 2019, were knocked out of the tournament after losing to New Zealand in a thrilling semifinal.

The men in blue topped the league stages at the WC 2019 with seven wins out of nine matches. They beat South Africa, Australia, Pakistan, Afghanistan, West Indies, Bangladesh and Sri Lanka. Before that India had also lost the T20I and ODI series against Australia at home in February-March this year.

In 2020, India first assignment will be to host Sri Lanka for a three-match T20I series, starting from January 5. After which they will take on Australia for three ODIs from January 14.

Following their bumper home season, India will travel to New Zealand to play a series of 2 Tests and 5 ODIs starting from February 5. 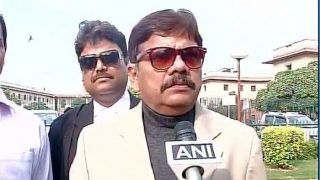 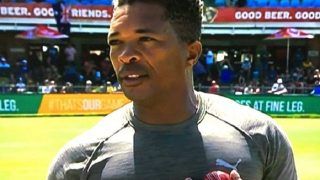