Helmets should be compulsory for batsmen, fielders and substitutes suggests review over Phillip Hughes dea

Helmets should be compulsory for batsmen and close fielders and substitutes considered for concussed players, a landmark review into the death of Australian Phillip Hughes

Sydney: Helmets should be compulsory for batsmen and close fielders and substitutes considered for concussed players, a landmark review into the death of Australian Phillip Hughes said Wednesday. Hughes, who played 26 Tests, died from bleeding on the brain in November 2014 after being hit on the base of the skull by a rising ball at the Sydney Cricket Ground during a domestic match.  His death — a freak accident — stunned Australia and the world cricket community, sparking an outpouring of grief. Cricket Australia ordered an independent review which said the medical treatment he received was appropriate and timely. ALSO READ: Dhaka Premier League 2016: Umpire Nadir Shah gets hit on head

At the time, Hughes was wearing a helmet which was not compliant with the more recent, and stringent, British Standard, which essentially involves the grille protecting the face being extended further to the rear of the helmet. Barrister David Curtain, who conducted the review, said even if he had been wearing the newer model, it would not have saved him. “I do not believe that the new helmet would have afforded additional protection against the blow given the location of where Phillip was struck, as the protection to the neck, at the rear, is no different,” he said. ALSO READ: Mohammed Azharuddin: Had to make a lot of changes in the script of Azhar

The 62-page report also found limited scientific evidence that current clip-on neck guards would prevent a similar tragedy, and needed further evaluation before being mandated. But, to minimise another a similar incident, it recommended all first-class cricketers in Australia wear helmets made to British safety standards while batting against medium or fast bowling, in nets and games. Helmets should also be worn by wicketkeepers standing up to the stumps and fielders within seven metres of the batter on strike, with the exception of those in the slips, and protective headwear for umpires should also be considered.

Curtain added that concussion substitutes may be a good idea and Cricket Australia said it had requested the International Cricket Council look at the issue at a meeting this month. This could be the first step towards replacement players becoming part of the international game, allowing cricket to follow a similar approach to concussion rules implemented by rugby league and other contact sports.

Cricket Australia chief James Sutherland endorsed the report’s recommendations, and said some had already been implemented. “The global cricket community was deeply saddened by the tragic death of Phillip Hughes and the great loss his family suffered,” he said. “We received Mr Curtain’s review last season and since that time we have been considering his recommendations and discussing with relevant bodies as to how we best make changes necessary to prevent an accident of this nature happening again.

“While there will always be a small risk we believe that the measures we have already taken and will enact following this review will reduce that risk even further”, Sutherland concluded. 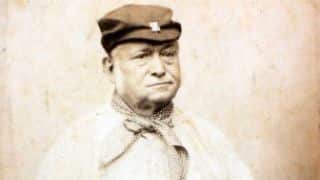