Former Maharashtra stumper Hemant Kanitkar, who had a 15-year first class career but played in only two Tests as a batsman in the home series against Clive Lloyd’s West Indies in 1974-75, passed away in Pune at his residence last night.

The Amravati (Maharashtra)-born wicket-keeper batsman was 72 and is survived by his wife and two sons — Hrishikesh, also a former India cricketer — and Aditya, according to Maharashtra Cricket Association sources. READ: Hemant Kanitkar: The tranquil Maharashtra mainstay

Kanitkar, a stocky hard-hitting wicket keeper batsman, whose first class career commenced in 1963, but coincided with those of other wicket keeper batsmen like Farookh Engineer, Budhi Kunderan and Inderjit Singh to deny him an early shot at an India berth, batted at no. 3 in the opening Test of the series against Lloyd’s West Indians at Bangalore and made 65.

Subsequent scores of 18, 8 and 20 in his next three innings that included the second Test at Delhi, where too Engineer kept wickets, confined him to the list of forgotten men of Indian cricket as far as the national selectors were concerned.

But Kanitkar kept playing for Maharashtra till 1978.

In his first class career spanning a decade and a half Kanitkar amassed 5,007 runs at an impressive average of 42.79 with 13 centuries and 87 dismissals. In Ranji Trophy for his side Maharashtra he aggregated 3,632 runs at an average of 43.75, with a career-high score of 250 against Rajasthan in 1970-71.

Another Pune-based former India batting stalwart and ex-chief selector, Chandu Borde, expressed his sadness to PTI at the passing away of his former teammate. “He played under me for Maharashtra. He was technically very sound,” Borde said. 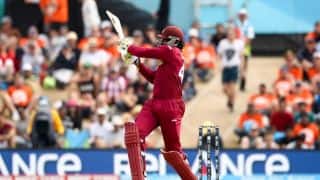