Dinesh Karthik slammed a 8-ball 29* to guide India to a sensational title triumph.

Welcome to CricketCountry’s live coverage of Nidahas Trophy 2018. After six matches, we are all set for the final between India and Bangladesh at R Premadasa. I, Suvajit Mustafi, will be providing with live updates, analysis and best of tweets from social space.

Only if Bangladesh batters in the middle had listened to their skipper Shakib Al Hasan’s commands of walking out, Sri Lanka would have been playing the final. It’s unfortunate that the hosts, Sri Lanka, have not qualified for the tournament final. The tournament’s purpose is to celebrate Sri Lanka’s 70 years of independence. Their exit was marked by a sensational Bangladesh victory on Friday amid ugly scenes.

Yes, ugly. Bangladesh cricketers are lucky to get away with minor punishment for collectively showing grievance against umpire’s decision and almost walking off the park. The incident overshadowed Mahmudullah’s brilliant innings that consisted a penultimate-ball six to guide Bangladesh to the final. Hopefully, the final will be more about cricket.

The second string India, led by Rohit Sharma, are favourites despite missing out on key players. They beat Bangladesh on both the league games extending their T20I head-to-head 7-0 against their little neighbours.

Bangladesh’s best chance lies in keeping the inexperienced Indian bowling under pressure with their power-packed batting that they managed to do last week against Sri Lanka.

With rain and thunderstorm predicted, it’s no brainer that fielding will be the preferred choice after toss. 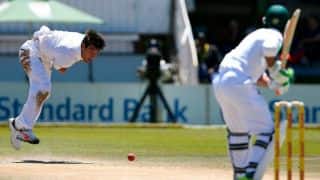