A cheating and misappropriation case was registered against the Himachal Pradesh Cricket Association (HPCA) on Thursday over alleged wrongdoings in allotment of land to the state's sports body, police said. The HPCA said the case was politically motivated. 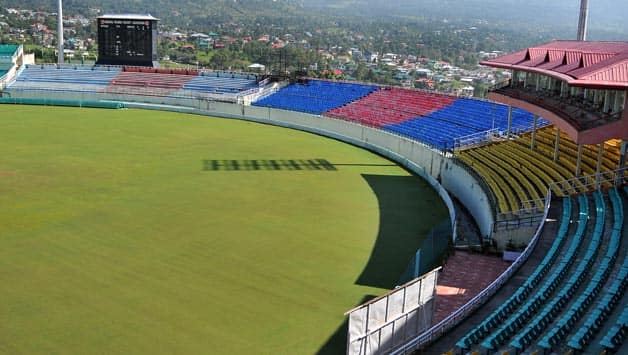 Investigation against the HPCA is in advance stage © Getty Images

A cheating and misappropriation case was registered against the Himachal Pradesh Cricket Association (HPCA) on Thursday over alleged wrongdoings in allotment of land to the state’s sports body, police said. The HPCA said the case was politically motivated.

“The case was registered against the HPCA under sections 406, 420 and 120-B of the IPC (Indian penal Code) for various irregularities. We will reach out to the individuals during the course of investigation,” Superintendent of Police (Vigilance) Bimal Gupta told IANS.

Earlier in the day, Chief Minister Virbhadra Singh said “Investigation against the HPCA is in advance stage. Regular FIR (first information report) will be registered shortly.”

The HPCA objected to the case and said: “It’s aimed at garnering cheap publicity to divert the attention of the people against more pressing and important issues of the people of the state.”

On July 26, two Indian Administrative Service officers – Deepak Sanan and R.S. Gupta – were charge-sheeted by the government for allegedly allowing a change in the land-use of village community land for building a residential complex for players near HPCA’s cricket stadium in Dharamsala, some 250 km from here.

The HPCA built the complex with 38 rooms, 32 huts and gym just three km from the stadium.

Earlier, the two officers were served show-cause notices over the issue.

The alleged land-use change was approved during the tenure of the previous Bharatiya Janata Party (BJP) government.

The state cricket body is headed by BJP MP Anurag Thakur, who is son of then chief minister Prem Kumar Dhumal.

The Congress, which at the time of the land change was in the opposition, objected to the land allotment.

The Communist Party of India-Marxist, citing a Supreme Court judgment of 2011 which held the transfer of village community land for private and commercial use as illegal, has also demanded that the HPCA should be evicted from the land.

India will have tough time against South Africa: Jonty Rhodes