Honour and recognition for women's cricket: Shantha Rangaswamy on her appointment in CAC to pick India coa

Rangaswamy, who is the first woman recipient of BCCI's Lifetime Achievement Award, played 16 Tests and 19 ODIs for India.

It is rare in India that a female cricketer gets to pick the men’s head coach and Shantha Rangaswamy said her inclusion in the CAC is an honour and recognition for the entire women’s cricket fraternity.

A Cricket Advisory Committee (CAC) comprising Kapil Dev, Anshuman Gaekwad and Rangaswamy was on Friday entrusted with the responsibility of selecting India‘s new coach, the interviews for which are expected to be conducted in mid-August.

“It is an honour and recognition not just for me but for the entire women’s cricket fraternity in India,” former India captain Rangaswamy told PTI when contacted after her appointment.

However, the CAC is formed to pick only the next India head coach and is subject to conflict of interest.

Dev, Gaekwad and Rangaswamy had also picked the Indian women’s head coach in December but at that time it was an ad-hoc body.

Rangaswamy, who is the first woman recipient of BCCI’s Lifetime Achievement Award, played 16 Tests and 19 ODIs for India.

The 65-year-old was also the first woman cricketer to lead India to a Test series win. 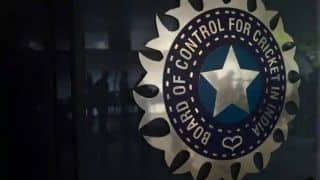