Bangladesh s Mustafizur Rahman has received accolades for his performance after his comeback. The hype around Fizz reached new heights after his feat in Indian Premier League (IPL) for this season s winning team Sunrisers Hyderabad (SRH), although he stayed away for few matches due to hamstring injury. His services received compliments from former cricketers like India s Manoj Prabhakar, Krishnamachari Srikkanth and Pakistan s former skipper Rameez Raja. Rameez felt, Mustafizur was excellent in limited-overs cricket and was in no comparison Test bowlers like James Anderson and Wahab Riaz, who is excellent in Test. ALSO READ: Mustafizur to miss Sussex’s match against Gloucestershire: Reports

Mustafizur received the go ahead to play for Sussex on June 30. He was suffering from burnout which kept him on unlikely spot. But the Sussex dream finally happened and he rose on his debut as well. Unfortunately, his shoulder injury has kept him away from the County schedule and that has likely ended his stint as well. Meanwhile, let us look at his performance for Sussex:

Sussex vs Essex: Mustafizur s first game was against Essex. Sussex was put to bat first and put up commendable total of 200 for the loss of 6 wickets. Chris Jordan s unbeaten knock of 45 kept left him as the only top-scorer for the side, that helped Sussex to provide the huge total. After some good game with the bat, it was time for the team to show their talents with the ball as well. Mustafizur did just that. He picked 4 crucial wickets to ensure Sussex won the game. Mustafizur took 4 wickets in the form of James Foster, Callum Taylor, Ravi Bopara and Nick Browne. That lead to 45-runs win against Essex. Sussex skipper Luke Wright was all praises for the young Fizz , as his 4-for. ALSO READ: Mustafizur special bowler: Luke Wright

Sussex vs Surrey: Sussex, who went high in the first match against Essex, soared down by 6-wicket loss to Surrey. Mustafizur, who grabbed 4 wickets in the first match, went wicketless in the second. The 20-year-old seamer gave away an uncharacteristic 31 runs from 3.2 overs as Surrey chased down the total of 153 for 6 posted by Sussex at Kennington Oval. At least 500 Bangladeshis turned up among a capacity crowd of about 24,500 to cheer youngster Mustafizur but they were left disappointed. Although Mustafizur went wicketless, the crowd equally cheered for the youngster. ALSO READ: Mustafizur fails to shine against Surrey in T20 Blast 2016

Now with a tear diagnosed in his shoulder, his stint with Sussex has ended. He was initially rested for the match against Gloucestershire and Hampshire, hoping he would get fit. Bangladesh national team physio Baizidul Islam said the initial MRI report had detected a Superior Labrum, Anterior to Posterior tear in Mustafizur’s shoulder, which requires surgery. So the chances definitely look bleak for the speedster. All in all, Sussex have kept their hopes alive and are looking forward to have Mustafizur back in the team. 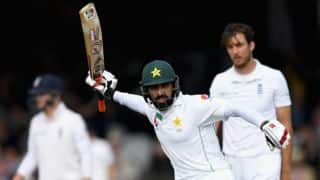 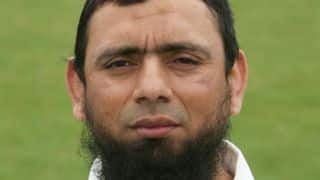