HPCA Director said Governor "has acted contrary to the law laid down by the Supreme Court".

HPCA director Sanjay Sharma said the Governor “has acted contrary to the law laid down by the Supreme Court”. He alleged the Governor granted prosecution sanction “without going through complete facts and circumstance of the case”, as if she was eagerly waiting for the file to come to her.

“The Governor’s action is biased and is a misuse of her constitutional powers… She seems to be in a hurry to please the Congress-led state government by signing the vigilance bureau’s file (seeking sanction for prosecution) within 24 hours,” Sharma told reporters here.

He claimed the Governor’s act assumes much importance during the ongoing Lok Sabha elections as HPCA is led by Dhumal’s son and BJP MP Anurag Thakur, who is seeking re-election from the Hamirpur Lok Sabha seat.

Sharma said the Governor should be removed immediately as she has proved herself to be a “Congress agent” belying the importance of her constitutional post. Dhumal has been accused of misusing his office as Chief Minister to grant approvals for allotment of lands to HPCA headed by his son. 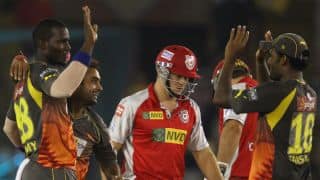 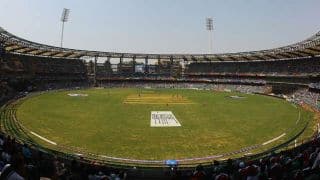