Shami has been locked in a protracted legal battle with his wife Hasin Jahan, a former model, since March 2018.

An Indian court on Monday ordered an interim stay on an arrest warrant against fast bowler Mohammed Shami after his estranged wife accused him of various crimes including assault and sexual harassment.

The cricketer was last week ordered to appear before a Kolkata court in 15 days or face arrest, after being charged by West Bengal police in March.

Shami’s lawyer Salim Rahaman informed that the order was stayed on Monday by district judge Rai Chattopadhyay in Alipore Court for nearly two months. “It was a warrant more procedural in nature. The case was listed for further hearing on November 2,” Rahaman said.

“The order didn’t hold much ground because while you can summon a person, you cannot issue a surrender notice. We have got a stay on the matter from a higher court and the rest of the plan of action you will get to know tomorrow,” the lawyer was quoted as saying by IANS.

A senior BCCI official informed that Shami would return to India from the United States on September 12, and till then he was in touch with his lawyer Salim Rahaman. “Shami has gone to the US after the tour of the West Indies got over and he will be back in the country on the 12th. He has been in constant touch with his lawyer on the court matter and has also spoken to the relevant people within the board on the matter,” the official said.

ALSO READ: ‘Shami will have to pay for what he has done, he cannot run away’

Earlier, the BCCI made it clear that no action will be taken against the bowler till they see the charge sheet. While it was initially thought to be an arrest warrant, his lawyer had clarified that it was a note of surrender.

Shami has been locked in a protracted legal battle with his wife Hasin Jahan, a former model, since March 2018. She has publicly accused Shami of having numerous affairs and harassment.

The charges carry a maximum punishment of three years in jail. Shami has dismissed all the accusations as a campaign to defame him. Jahan has also accused Shami of corruption. 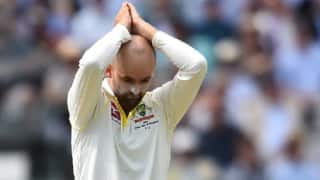 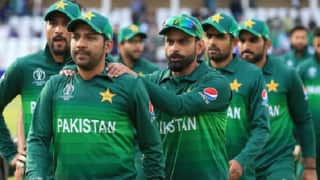 Series still on despite top players from Sri Lanka pulling out, clarifies PCB