India women cricket team head coach WV Raman has his task cut out but he's hoping to instil a positive change in the team through a fresh perspective.

If given a choice, WV Raman must have liked to take the role of India women’s team head coach under different, friendlier circumstances.

Of late, India women cricket team has been the focus for controversial reasons. The differences of opinion between ODI captain Mithali Raj and T20 skipper Harmanpreet Kaur are out in the open even though the duo has done their respective bits to douse any such speculations.

Raman, a former India cricketer, has his task cut out but he’s hoping to instil a positive change in the team through a fresh perspective. It s a challenging opportunity, Raman told The Times of India. I have to get a better understanding about each individual and assess what needs to be done. I would rather come in with a fresh perspective. That is how I approach the job. I am not someone who will go back in time and see what was happening and make any judgment on that. I would like to start afresh.

Veteran Mithali had alleged of mistreatment during the short tenure of former coach Ramesh Powar who in turn had questioned her attitude.

Raman said, I don t see a team and bifurcate it as seniors or juniors. I would use terms like experience and inexperience. Experience has a major role to play in terms of guiding the youngsters. Sharing whatever they have learnt over a period of time is the most important bit.

Raman might have been officially named as the coach but the two-member Committee of Administrators (CoA) continues to be at loggerheads over the manner of his appointment.

Diana Edulji has questioned why BCCI was in a rush to announce the new coach for which CoA chief Rai had given his approval.

Raman isn’t worried about the external developments and is fully focused on his job. I don t want to comment. Obviously, I can only say that every coaching role has its pressures. It s no different from what players go through, it s a part and parcel of the role. It is not my job to worry about what is happening outside. I would like to focus on my current role, he said. 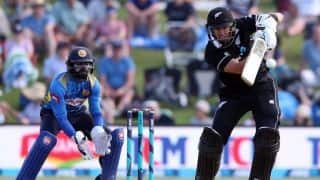 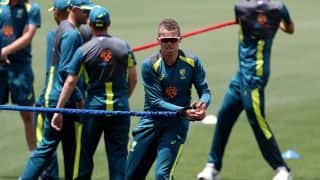