'I don t know how VVS got his wired crossed,' Blewett said.

We had made a lot of progress as a unit in 2003 04, but I for one felt that we had not been allowed to build on that in the season that followed. For various reasons, none of them cricketing, we had been reduced to a house divided. During the summer of 2005, I went to England to play club cricket for Lashings. Among my teammates that year was Greg Blewett, the Australian batsman. Blewett told me that I needed to be careful with Greg, Laxman wrote in his autobiography 281 and Beyond.

Greg had been the coach of South Australia when Blewett played for the state, he said, adding that the former Australian captain had created a lot of instability within the team. I didn t take Blewett seriously. I thought he was just letting off steam.

I have great respect for Greg Chappell and was really surprised to see that headline, Blewett told the Times of India on Tuesday.

In fact, after the news was published, Blewett, who has played 46 Tests and 32 ODIs, immediately picked up the phone and rang Chappell to clear his stance. As I told Greg. I have only positive things to say about his time with South Australia, so I don t know how VVS got his wired crossed. I would have not said anything negative on Chappell, that is for sure. 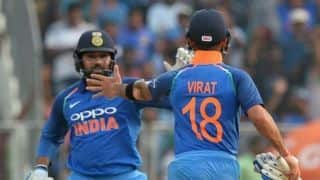 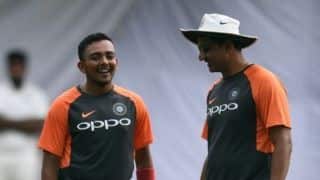