It's been over two years since Chris Jordan last appeared in an ODI for England.

It’s been over two years since Chris Jordan last appeared in an ODI for England, but the right-arm pacer is still hopeful of making the cut for the ICC World Cup that gets underway from May 30.

Jordan gave a display of his value in limited-overs cricket during England’s win in the series opening first T20I against West Indies on Tuesday. He got the prized scalp of in-form Chris Gayle inside the Powerplay overs before taking an impressive return catch to dismiss Darren Bravo, finishing with figures of 2/16 from three overs.

“The Caribbean is a lovely place to play cricket, my family will be here watching most games, just enjoy it and let results take care of themselves,” Jordan said. “I hope the [World Cup] ship hasn’t sailed. I can’t get too far ahead in my thinking, I’m not that type of character. One game at a time and let the outcomes take care of themselves.”

Jordan is resting his hopes on the conversations he has had with chief selector Ed Smith who has assured him of being in his scheme of things. “I’ve had conversations with Ed when squads are being picked and he’s always said I’m there or thereabouts, in the discussions. That gives me encouragement. T20 cricket is what I’m involved with at the minute, anything past that I’ll leave to the selectors and the captain,” he said.

Jofra Archer is a red-hot topic in England cricketing circles these days as the allrounder is in line to make the cut for the World Cup squad even though he’s yet to make his international debut.

Despite being in a potential direct competition with the fellow Barbadian-born cricketer, Jordan termed Archer as his younger brother praising the 23-year-old for his temperament. “I speak to him every day, literally every day, he’s like my little brother. One of the things I admire about Jofra, for a kid so young he’s got a good head on his shoulders. There is noise about him potentially playing in the series… if it happens I’m more than certain he’ll rise to the occasion because he’s that type of person and that type of character,” the 30-year-old said. 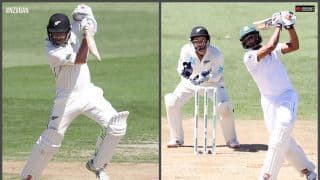