Nkwe feels Klusener's contribution is going to be immense during South Africa's month-long tour of India.

South Africa‘s interim team director Enoch Nkwe expects Lance Klusener to make a big impact during the team’s tour of India. Klusener, one of the finest allrounders of his time and the Player of the tournament during the 1999 World Cup, was appointed South Africa’s assistant batting coach last month and Nkwe feels his contribution is going to be immense during the month-long tour of India.

“Lance has plenty of experience. He is someone who embraces and likes his way of dealing with white-ball cricket. He has been around the world’ not just from a playing perspective’ but he has been involved in T20 leagues around the world over the last few years,” said Nkwe.

South Africa play three T20Is with the first game taking place in Dharamsala next Sunday. The last time South Africa toured India in 2015 they won the T20I series 2-0 and the ODIs 3-2 and the belief is that under Klusener, they can produce a repeat of 2015, following a disappointing World Cup campaign.

“I see him making a serious impact and sharing some of the ideas that have worked for him. He is excited about the journey that lies ahead and we will unpack with him as we go along. He will add a lot of value for us in the coming months,” added Nkwe.

“A lot has been happening behind the scenes to find the best formula of going to India. There has been a serious amount of work and we are slowly getting there. We have been working hard enough to ensure that by the time we come together as a group’ we are able to create clear direction and structure.”

Klusener took up coaching with domestic side Hollywoodbets Dolphins from 2012 to 2016 before being appointed the batting coach for the Zimbabwe national team. In July this year, he was appointed as the head coach of the Glasgow Giants for the cancelled inaugural edition of the Euro T20 Slam cricket tournament. Only Test: Ibrahim Zadran leads the charge to put Afghanistan in command 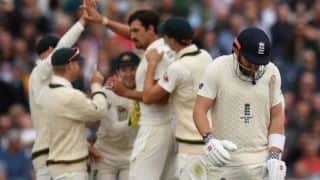