I sometimes feel Virat Kohli is not human: Tamim Iqbal

I sometimes feel Virat Kohli is not human: Tamim Iqbal
By CricketCountry Staff

Bangladesh batsman Tamim Iqbal has lavished praise on Virat Kohli saying the Indian gives an impression he will score a century in every game.

On Sunday, Kohli recorded his 36th century in ODIs and is now just 81 runs away from becomes the quickest ever batsman to score 10,000 runs in the format.

“I sometimes feel he is not human because of the way he performs, my goodness, the moment he comes out to bat, it looks like he is going to score a hundred every game,” Iqbal was quoted as saying by Khaleej Times.

For Tamim Kohli, the top-ranked batsman in both Test and ODIs, is the the number one batsman across the formats and someone to learn form. “The way he looks after himself, the way he works on his game, it’s unbelievable. He is probably the number one in all three formats. He is someone to watch and admire and also learn from. I think he has been fantastic,” Tamim said.

He further added “…I have seen all the great players that have played the game in the past 12 years. They have their own strong points. But I haven’t seen anyone that has dominated as much as Virat has.”

Tamim, who has played 56 Tests, 183 ODIs and 72 ODIs so far, reckons Bangladesh have got the capability to become a dominating side and all they have to do is become more consistent.

“We have been playing some serious cricket in ODIs. We have been one of the best teams in the world. It was a big blow for sure when Shakib (Al Hasan) and myself got injured in the Asia Cup, but I think the way the boys responded in the tournament was really good. That gives the message to everyone that our team is capable of playing well even without the two best players. We just need to keep on playing good cricket.

“One thing we know for sure is that we have lot of room to improve. We haven’t achieved what we have always dreamed of. We have just started to play well, so if we keep on working hard, and if we keep on chasing our dream, one day we will achieve it,” he said. 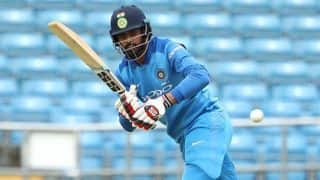 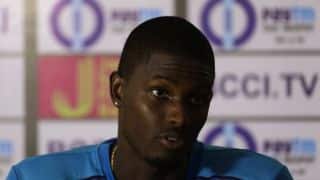 We need to pick wickets with the new ball: Jason Holder