After scoring a patient century under pressure to lead a remarkable Indian fightback against England in the fourth Test today, Virat Kohli said this was the innings he had been waiting to play for some time. 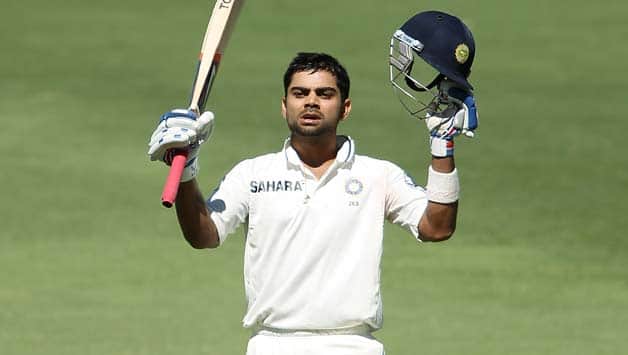 After scoring a patient century under pressure to lead a remarkable Indian fightback against England in the fourth Test today, Virat Kohli said this was the innings he had been waiting to play for some time.

“I was waiting for this one long innings. I was working hard for the last one month. You can’t keep performing every innings and there will be ups and downs. But you need to stay positive whether you do well or not. That’s what I did,” said Kohli after the third day’s play when he scored 103.

Kohli, along with skipper MS Dhoni, put on a 198-run stand for the fifth wicket to rescue the home team from a precarious 71 for four last evening.

Under-performing Kohli, who had scored a couple of 19s and 20s in the last six innings earlier in the series, said he was backing himself to do well despite the failures.

“Mentally I was feeling really good (right through the series). I got into the 20s three times, probably got a good ball in Ahmedabad. I made a few mistakes, after that I was waiting for this one innings. I was not doubting myself at all. Not thinking about what people were saying about me.”

The 24-year-old Delhi batsman, who hit his third Test ton on Saturday, admitted that he might have put pressure on himself in his eagerness to do well against England.

“It was a very important innings. This is the one format I want to do very well. Against New Zealand, I was in a good mindset and could get good scores straightaway. Personally I was eager to do well in this series. Probably I got a bit too desperate to do well,” he Kohli.

The key on the slow and low track at the VCA Stadium in Jamtha here was to remain patient, according to Kohli.

He said the cracks on the wicket were opening up now.

“We aimed to play it over by over and stretch the game as much as possible and not thinking about how many runs to score in every session or at the end of the day. Goal was to concentrate throughout,” he said.

“This is the type of wicket where you need to show some patience and apply yourself the whole time. The wicket has not changed much but the cracks are opening up slowly. There might be a different wicket tomorrow and the spinners might come into play,” said Kohli.

“It was a new situation for me. I love such situations as I can become a better player. Yes, it was pretty good to bat with MS the whole day. This century is very pleasing because of the way I played. I did not think about the runs or the number of balls I played but only about batting. Pretty pleased to bat for long hours. That’s something you will need to know in future Test matches,” he added.

Stating that he was sorry to see Dhoni depart for 99 after being run out, Kohli said, “It was disappointing to see MS get out because he worked hard the whole day and played close to 260 balls and got out for 99.”

Kohli still saw a big chance for India to win the game from the current position as he felt batting in the second innings would not be easy.

“I don’t think second innings batting on this wicket would be easy. If we can get a few runs lead and let them play five sessions and see how the match goes. You never know, cricket is a funny game, can get 3-4 wickets quickly and put the opposition under pressure.

“(We) just probably would be looking for that one opening and then get 2-3 more wickets from there and you never know how the game goes after that,” he remarked.