Traditional rivals up against each other in the finals of the ICC Champions Trophy on Sunday in London, bars and restaurants are honing their pitch too to attract cricket enthusiasts.

New Delhi: Nobody likes to cheer alone, especially when India is playing Pakistan on the cricket pitch. With the traditional rivals up against each other in the finals of the ICC Champions Trophy on Sunday in London, bars and restaurants are honing their pitch too to attract cricket enthusiasts waiting to make the most of their Sunday evening. Giant screens, happy hours and a free drink if you predict the match right or walk in wearing the Indian jersey are some of the offers being rolled out. After all, cricket and Pakistan have always made for a profitable mix. Pune-based software project manager Subhabrata Chattopadhyay will be one of those heading to a bar to enjoy the match. It is all about the ambience and exciting offers, he says. FULL CRICKET SCORECARD: India vs Pakistan, ICC Champions Trophy 2017 Final at The Oval

“You don’t cheer alone, you have 50 people cheering with you. The entire place lights up. On top of that, watching on the big screen with a decent sound system is a different experience all together,” he told PTI. Talking about the unique offers that places like Irish Village, Toss and Four Seasons in Pune have to offer, Subhabrata says, “At almost all places, they have happy hours… 1+1 on pitchers.”

“Free drinks on predictions… if your prediction is correct, you get a free drink…if your match prediction is correct, then your bill gets waived. This adds to the excitement.” Restaurants and bars in other cities are also cashing in on the anticipation that is peaking by the hour. Piali – The Curry Bistro in Delhi’s Connaught Place, for instance, is set to make the best of the country’s cricket fandom with a range of offers with its discount code ‘BLEEDBLUE’. CT 2017 Final: Ashwin injured during practice session

For every wicket that India takes, the restaurant will offer an incremental discount of 5 per cent, with a maximum 20 per cent rebate. “For the nation which bleeds blue, we have decided to reward Indians for every wicket taken by our team. You can order anything after a wicket and it will be discounted at 5 per cent, subsequently after the second wicket 10 per cent, which will continue up to 20 per cent,” says Siddharth Agarwal, owner of the bistro.

“Different rates will be applied on the same bill for people who choose to dine with us this Sunday. The only thing you need to do is, come dine at Piali when India plays against Pakistan. Come cheer the men in blue and enjoy exclusive discounts,” says Siddharth Agarwal, owner of the bistro. Leela Ambience Convention Hotel in Delhi has decided to introduce special unlimited packages named after cricketers for four hours of the match at their Cherry Bar. CT 2017: PAK have got no option but to attack IND top order, asserts Arthur

For travel enthusiast Shashank Sharma, going to a sports bar for the match ensures that he can have a date with his girlfriend while not having to miss out on the cricketing action. The idea of not cooking or arranging for food is an added bonus. “What I like about going to sports clubs is that during a match, I don’t want to cook or get food myself. At a sports club, you can concentrate only on the match and the rest will be taken care of,” he says. IND vs PAK, CT17, Final: Sarfraz’s maternal uncle from Etawah roots for Kohli and Co.

In an interesting offer, anybody who walks into Lanterns Kitchen and Bar in Delhi’s Rajendra Place wearing the Indian cricket team’s jersey will be offered a free mug of beer. In Mumbai, the White Owl – Brewery & Bistro is expecting its patrons and cricket enthusiasts to drop in in huge numbers to see the match on their 200-inch HD screen as they sip on the restaurant’s home brewed craft beer.

“We are offering unlimited White Owl craft beer for Rs 795. Guests can choose their favourite White Owl beer and enjoy it all evening, through the duration of the match,” says Nicole Macwan from The White Owl. Clearly, the cricketing world is getting ready to say cheers on Sunday. 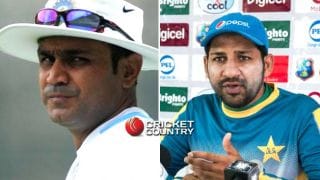 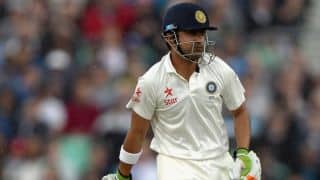