Led by Virat Kohli, India will be playing their fourth Champions Trophy final while Pakistan, having already lost to India in the league matches.

New Delhi: Like billions of Indian cricket fans, the bookies too have pegged India to be the favorite for the high-octane Champions Trophy summit clash against arch-rivals Pakistan at the Oval, London on Sunday. Led by Virat Kohli, India will be playing their fourth Champions Trophy final while Pakistan, having already lost to India in the league matches, their first-ever tournament decider. A host of betting sites have put defending champion India as the favorite. As per Ladbrokes the stakes for Pakistan are 2/1 as against 2/5 for India. According to Betfair, a bet of Rs 100 on India will fetch Rs 147 in case Kohli’s men win while putting money on a Pakistan win, considered less likely, will prove more lucrative. A person will win Rs 300 in case Pakistan wins. FULL CRICKET SCORECARD: India vs Pakistan, ICC Champions Trophy 2017 Final at The Oval

The betting sites have also put India openers Shikhar Dhawan and Rohit Sharma as the favorites to be top run scorers. Dhawan with 317 runs from four innings currently is the top scorer followed by Sharma who has notched up 304 runs. Coming at time when political relations between the neighbouring nations has been volatile, the cricket buffs from across the globe are waiting with bated breath for the Sunday’s titular clash. ICC CT 2017 Final: Kohli hints at unchanged playing XI vs PAK

The group stage match between the arch-rivals on June 4 became the highest rated One-day International (ODI) match in Broadcast Audience Research Council’s (BARC) history. The match had attracted 201 million viewers, double than the last edition of the ICC Champions Trophy in 2013. 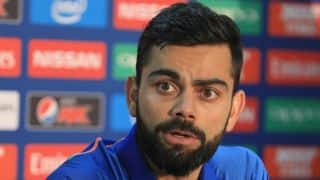 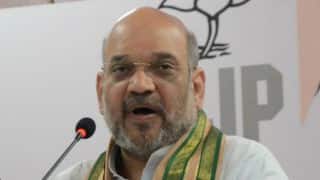