ICC Champions Trophy 2017: India were thrashed by Pakistan in the summit clash of the marquee event on Sunday.

After a terrific performance in the final against India, Pakistan earned their maiden Champions Trophy title. England’s former skipper Nasser Hussain was all praise for the young side that turned the tides against top teams in the marquee event. He was thoroughly impressed by Mohammad Aamer’s opening spell that dented India’s progress in pursuit of 339 and stated that Fakhar Zaman brought much-needed flair to the side in the tournament. Zaman notched his maiden ton on Sunday to assist his side in lifting the trophy at The Oval, London.

“What a time for Mohammad Aamer to produce one of the great opening spells in the history of ODI cricket. Seven years on from that day at Lord s, what a story. To remove three of the tournament s in-form batsmen Rohit Sharma, Virat Kohli and Shikhar Dhawan in the blink of an eye was special in its own right. I still remember that Lord s Test in August 2010, when it emerged that Aamer had deliberately bowled no-balls in a betting spot-fixing scandal, and especially the reaction of Michael Holding. Two of the subjects that stir Mickey s emotions the most are young fast bowlers and corruption, and that day they collided in the worst fashion imaginable”, Nasser wrote in his coloumn for Daily Mail.

“Look at the way Fakhar Zaman has come in for Ahmed Shehzad and batted with the freedom that Pakistan were missing in that game. They have always had the bowlers to trouble the opposition, but Fakhar s flair gives them the basis of a strong batting unit too. Hasan Ali has also been a revelation. When you have got him coming on after the two left-armers, Aamer and Junaid Khan, plus the leg-spinner Shadab (Khan), you have a serious bowling line-up. I hope this result puts into perspective some of the rubbish that was spoken after Pakistan beat England in the semi-final”, added the 49-year-old.

“It was disrespectful to suggest that result had anything to do with the pitch. The fact that Ben Stokes failed to hit a boundary in 64 balls showed how fine Pakistan s bowling was. This game was a glorious reminder”, concluded Nasser on Pakistan’s emphatic victory over India. 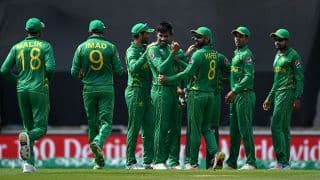 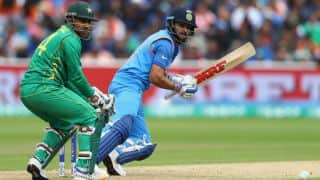