ICC charges does not contain any allegations pertaining to match fixing: Sanath Jayasuriya

ICC charges does not contain any allegations pertaining to match fixing: Sanath Jayasuriya

Jayasuriya has come under the scanner for "trying to block" an ICC probe which began in 2015.

Sri Lanka great Sanath Jayasuriya, who was charged by the International Cricket Council (ICC) with two counts of breaching its Anti-Corruption Code, refrained from making any comments about the issue that the cricket fraternity by storm, but said that he has always conducted himself with “integrity and transparency”.

“I am initially required to submit my response within 14 days. I am under strict legal advice that no comment is to be made in respect of the above charges as such a course would offend the ICC Rules,” Jayasuriya said in a statement on Tuesday.

The ICC has given Jayasuriya 14 days with immediate effect (October 15) to respond to the charges. The press release stated that the ICC will not make any further comment in respect of these charges at this stage. “However, I am under advice to state that the above charges do not contain any allegations pertaining to match fixing, pitch fixing or any other similar corrupt activity,” he said.

“I have always conducted myself with integrity and transparency with matters concerning the sport and I will continue to do so.

According to a source in a report in PTI, Jayasuriya has come under the scanner for “trying to block” an ICC probe which began in 2015. Galle curator Jayananda Warnaweera was banned for three years after the investigation in 2016 for failing to cooperate with the Anti-Corruption Unit (ACU). The Sri Lanka Cricket source said when approached by the ICC, Jayasuriya refused to part with some information in his phone, which the ICC demanded. 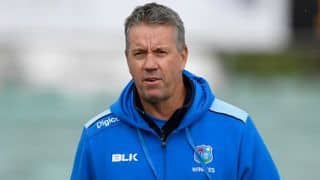