Both Bhuvneshwar Kumar and Ravichandran Ashwin were earlier doubtful for the upcoming Pool B match.

Melbourne: The Indian team management have declared that Bhuvneshwar Kumar and Ravichandran Ashwin are available for selection for the ICC Cricket World Cup 2015 match against South Africa at the Melbourne Cricket Ground (MCG) on Sunday. Bhuvneshwar has had an injury ridden tour to Australia and has featured in only three games in the last month. Ashwin was hit on the hand on Wednesday in practice but is declared fit. ICC Cricket World Cup 2015: POINTS TABLE

An email from India’s media manager Dr RN Baba made it clear that the two players are available. Before the game against Pakistan, there was a lot of speculation about Bhuvneshwar as he bowled very little in practice. He did not play the World Cup opener. Bhuvneshwar was seen at training on Wednesday in Melbourne as well, where he did not bowl too much. On the other hand, Ashwin was hit on the hand during training in Melbourne but continued to bat thereafter. ICC Cricket World Cup 2015: SCHEDULE & MATCH DETAILS

India had opened their World Cup 2015 campaign with a 76-run victory over Pakistan. They will now face South Africa at the Melbourne Cricket Ground on Sunday. In an email to the media in Melbourne, Dr Baba wrote, “We are receiving so many calls from v media about R. Ashwin and Bhuvneshwar Kumar fitness. Above players are very much available for Selection for match against South Africa. (sic)”. With the lack of communication between the Indian team and the media, a lot of events are left to conjecture. The Indian players and management talk to the media formally only in press conferences organised in lead-up to the matches. Otherwise, there is no interaction. ICC Cricket World Cup 2015: Complete Coverage 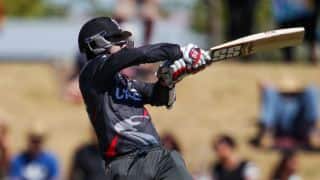 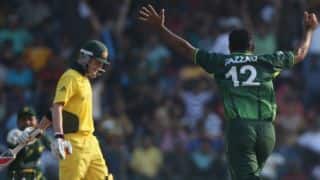