Andrew Hudson, has refused to divulge any details on reports that race prescription were laid down before South Africa's semi-final clash against New Zealand.

Johannesburg: Cricket South Africa’s national convenor of selectors, Andrew Hudson, has refused to divulge any details on reports that race prescription were laid down for the composition of the AB de Villiers-led team during the just concluded ICC Cricket World Cup 2015. De Villiers had considered pulling out from semi-final over racial quotas

Hudson said that Lorgat has already commented on the matter, and it was not his place to comment at present, Sport24 reported. Moreover, Hudson said he hasn’t decided whether he wanted to stand for a third term as CSA’s convenor of selectors. Vernon Philander selection not race-based: South Africa cricket board 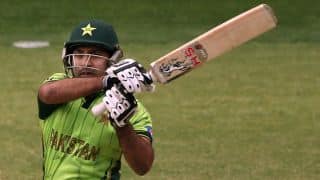