The tag of world's premier allrounder rightfully belongs to Shakib Al Hasan, who is all set to prove a point to his critics, feels Steve Rhodes.

The tag of world’s premier allrounder rightfully belongs to Shakib Al Hasan, who is all set to prove a point to his critics, feels Bangladesh head coach Steve Rhodes.

Shakib has recently regained his top ODI allrounder’s position in ICC rankings and Bangladesh’s greatest ever cricketer with more than 5000 runs and 250 wickets in the 50-over format will play a key role for the ‘Tigers’ at the ICC World Cup 2019.

There were some doubts surrounding Shakib’s fitness but the coach insisted that he is fine.

“Shakib is fine. He is in a great position physically. He had a little problem in Ireland but he’s got over that and is raring to go. He is looking forward to a wonderful tournament. I think he’s got a bit of a point to prove and he probably thinks that as well,” Rhodes was quoted as saying in the ICC website.

The talented cricketer, according to Bangladesh coach was falling off the radar a bit but is now slowly getting back to his best. “He (Shakib) seems to have been a little bit forgotten but now he’s back as the world’s No.1 allrounder in ODI cricket – and that’s where we think he belongs. But he’s got a point to prove to make sure everybody else believes that.”

One area of concern has been the injury to another key all-rounder Mahmudullah Riyad, who is currently nursing a shoulder niggle.

Rhodes said: “Mahmudullah’s shoulder is coming along a little slowly. I don’t think it would have been possible for him to bowl against Pakistan in the warm-up game. We are very optimistic that we can get him up and running for the early stages of the World Cup.” 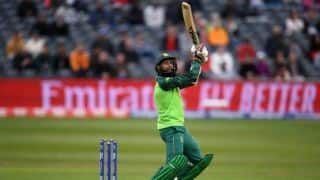 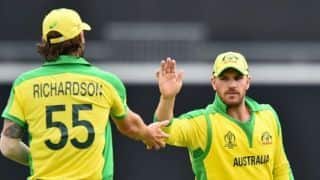