A cursory glance at Sri Lanka's recent ODI record will ring more alarm bells ahead of the 2019 World Cup.

Sri Lanka have been one of the more consistent teams in the history of the World Cup, reaching the knockouts in the previous four editions. However, with players grappling with indifferent form and the responsibility of the team falling on the shoulders of a new captain in Dimuth Karunaratne, the 2019 World Cup promises to throw a mountain of challenges for Sri Lanka.

With most of the big guns balling time on their career, Sri Lanka have gone through a trying time, with the next generation not yet fully able to complete the transition. On top of that, Karunaratne was appointed captain of the side in April, a month before the World Cup after the likes of Lasith Malinga, Angelo Mathews, Thisara Perera and Dinesh Chandimal being tried out in the past. Karunaratne last played an ODI in March, 2015.

A cursory glance at their recent ODI record will ring more alarm bells. In September last year during the Asia Cup, they were the first Test team to be eliminated from the series, following consecutive losses to Bangladesh and Afghanistan. Later, they lost to England 1-3 at home. They were further blanked 0-3 in New Zealand, 0-5 in South Africa. A couple of ODIs remain against Scotland before the World Cup warm-ups begin but just how much of a fine tuning will it bring is anybody’s guess.

May 27 – vs Australia (Warm-up), Southampton 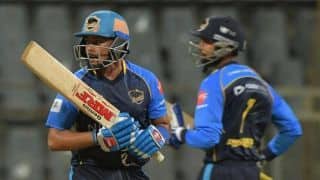 AT vs NMP, Match 13, T20 Mumbai, LIVE streaming: Teams, time in IST and where to watch on TV and online in India 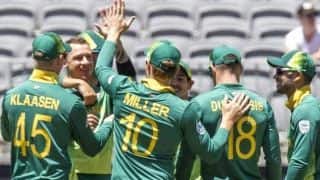