Kumble felt the move has brought down the number of bowlers with suspect action considerably in the last two years.

Kumble, who has claimed 619 wickets in Tests, felt the move has brought down the number of bowlers with suspect action considerably in the last two years.

A fair bit [has been done] from the ICC perspective in terms of looking at the suspected actions and making sure that the world cricket gets rid of that, Kumble was quoted as saying in a report in PTI on Thursday.

Among the ones affected were Pakistan off-spinner Saeed Ajmal, who was banned from bowling by the ICC in September 2014 after the world governing body deemed his action illegal for all deliveries. Over the last two years, you don t hear too many issues [about suspect bowling action] coming up. Overall, the ICC has done a great job in controlling that [issue], Kumble, who is the Chairman of the ICC Cricket committee, said. 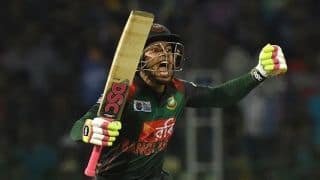