Stokes, who scored a match-winning 135*, moved up two places to grab the second position among all-rounders for the first time in his career.

Immediately after the ICC World Cup 2019 final, the International Cricket Council (ICC) tweeted a picture of England’s hero Ben Stokes receiving an award from India icon Sachin Tendulkar during the post-match presentation ceremony. “The greatest cricketer of all time – and Sachin Tendulkar,” read the caption.

The greatest cricketer of all time – and Sachin Tendulkar ?#CWC19Final pic.twitter.com/fQBmfrJoCJ

The tweet drew flak from all quarters specially from Tendulkar fans, who slammed the world governing body for its cheeky message.

That was not the end of that ‘tweet’! After the third Ashes 2019 Test at Headingley that saw the hosts snatch a stunning one-wicket victory, courtesy Stokes’ incredible unbeaten century, the ICC shared the July 15 tweet with the caption, “told you so”.

“Just that you are saying so don’t think that we are going to believe. Greatest cricketer of all time is Sachin, rest everything starts after him in cricket world. Did you get it?” tweeted another fan.

READ: Gay couple defended by Ben Stokes in Bristol brawl call for him to be knighted

While fans did agree that it was purely due to Stokes, who now has become a national hero, that the Ashes have been kept alive, many of them did not agree him to be higher than Tendulkar.

Stokes, who scored a match-winning 135*, moved up two places to grab the second position among all-rounders for the first time in his career, having occupied third position in September 2017. 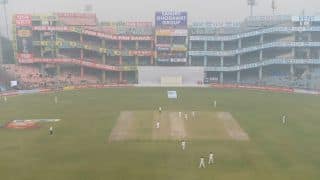