Sri Lanka opener Tillakaratne Dilshan played an innings of substance though New Zealand managed to hang on in the final over to tie the match. 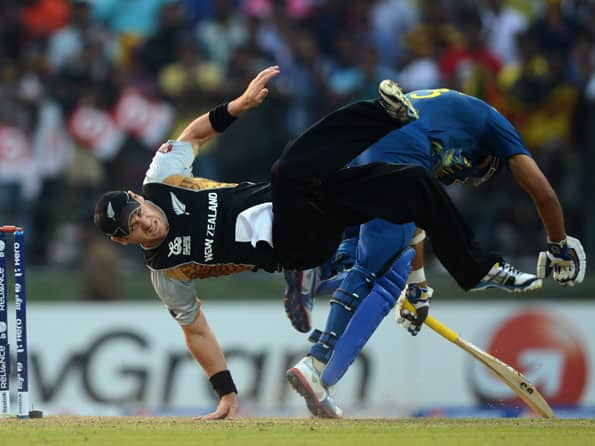 Sri Lanka opener Tillakaratne Dilshan played an innings of substance though New Zealand managed to hang on in the final over to tie their first Super Eight match of the ICC T20 World Cup 2012 at Pallekele on Thursday. The winner will be decide through a super over

Lahiru Thirimanne scored four of the penultimate-over but a run-out off the final ball saw the match end in a tie.

Earlier Dilshan scored a breezy 76 off 53 balls which included five fours and three sixes but got run-out.

New Zealand clawed back into the match with two quick wickets of Kumar Sangakkara and Jevan Mendis.

The Kiwis further strengthened their hold over the match when James Franklin had Mendis caught by Ross Taylor.

Earlier, Mahela Jayawardene and Tillakaratne Dilshan got Sri Lankan off to a flyer before Daniel Vettori caught the former off Jacob Oram six runs short of a well deserved half-century.

Dilshan was the aggressive of the two smashing 16 run of the first over. He and Jayawardene then got into the act, flicking Tim South for a six in the third over and then hitting a six and a four off Kyle Mills in the fourth over.