Australia's Aaron Finch (820) is at the third spot and he is followed by New Zealand's Colin Munro (785) and Australia's Glenn Maxwell (721).

Australia’s Aaron Finch (820) is at the third spot and he is followed by New Zealand’s Colin Munro (785) and Australia’s Glenn Maxwell (721).

Meanwhile, Australia’s Ashton Agar (712), who picked up eight wickets in the recent T20I series against South Africa, which included a hat-trick saw him climb six places to not only break into the top five but claim the number four spot in the latest rankings.

Afghanistan’s Rashid Khan (749) is the leading T20I bowler in the world and he is followed by his countrymate Mujeeb-ur-Rahman (742) at No 2.

Australia’s David Warner who amassed 128 runs including two fifties continued to climb up the rankings as well, he is currently at the No-18 spot.

Warner, who finished with 128 runs from three innings, including two fifties, continued his rise up the batting rankings to No.18 from 25.

Australia’s premier batsman Steve Smith’s T20I game has been on the rise since his return from suspension in 2018.

He was also among the runs in the series against South Africa as well, scoring 104 at a strike rate of 142.46 – a performance that helped him climb 25 spots to No.53 in the rankings. 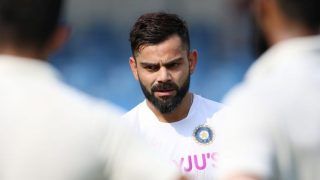 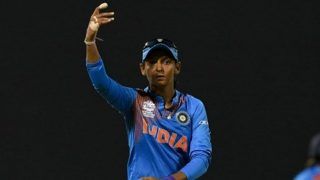