Currently there are 18 nations with T20I status; 12 full members and 6 part-time members.

The International Cricket Council (ICC) is trying to make cricket a global affair by spreading its wings. In a new move, ICC is likely to grant all 104 cricket playing members; men and women s teams Twenty20 international status. ICC CEO, David Richardson confirmed by this development on the sidelines of ICC meeting in Kolkata.

He also spoke about no series between India and Pakistan in the proposed FTP. He said: “There is a common desire that it will be great if India and Pakistan can play each other, specifically in bilateral series. The issue is quite complicated I am afraid, it is going to take a lot more than just two boards agreeing.” 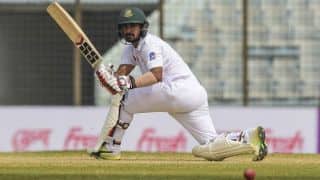