Celebrations were on at Harmanpreet Kaur's home in Moga in Punjab after her 171-run knock against Australia that steered India to final.

Chandigarh:“She bats like Virender Sehwag and is aggressive like Virat Kohli,” said Harmampreet Kaur’s sister Hemjit, summing up the family’s elation at the batter’s hurricane knock that took India to the ICC women’s World Cup final. Celebrations were on at Harmanpreet’s home in Moga in Punjab after her 171-run knock against Australia — one of the greatest ODI knocks in women’s cricket – steered India into the World Cup final with a 36-run victory. Back home in Moga, friends and well-wishers have been dropping in since last night to congratulate the family. Youngsters from the neighbourhood have been dancing to the beats of Punjabi ‘dhol’ while the family has been busy distributing sweets. WWC17: Harmanpreet’s parents reflect importance of girls following her 171-run knock vs AUS

“Right from her childhood, she has been playing cricket with boys. Her hunger for runs never dies and this is reflected in her strike rate,” her sister said.”Harman is always positive. On field she always behaves like Virat Kohli and is aggressive like him. However, off- field, she is quite calm and composed. Right from her early days, she treated Virender Sehwag as her batting idol and even bats like him,” she said. About her scintillating knock, Hemjit said, “had it not been a rain-shortened match, she would have scored a double ton and inflicted more misery on the opposition.”

Harmanpreet’s innings yesterday even drew comparisons with Kapil Dev’s historic 175 against Zimbabwe during the 1983 World Cup campaign.”If Harman’s innings is being compared with the legendary Kapil Dev, then it is a great honour for her,” her sister said. For Harmanpreet and her sister, their father -the 52- year-old Harmandar Singh – has been a role model.”Her first coach has been our father. He was a good cricketer, but due to some circumstances he could not reach where he wanted to in the sport. But today he is able to realise his dream through his daughter,” she said.

Harmandar Singh said that Harmanpreet has promised him that India will lift the Cup.”We are all very proud of her feat. The nation is proud of her,” he said. The cricketer’s mother Satwinder Kaur said her daughter has worked hard to achieve what she has done.”When girls of her age would be carefree, she would sweat it out practicing for hours together. Even at home, she used to practice outside. We are proud of her,” Kaur said. Hemjit, who is an English teacher, said that their parents always supported and encouraged both the girls to achieve their goals in life.

“The mindset in the society towards girls is changing and more and more parents are fully backing their daughters to achieve their goals,” Hemjit said. 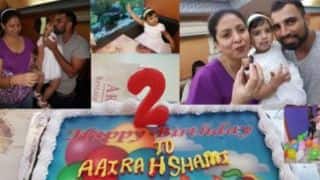 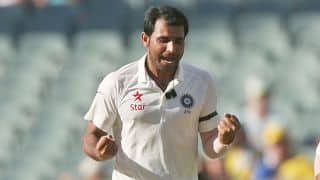