Mithali Raj has heaped praise on Smriti Mandhana, who struck an unbeaten century to guide India to a convincing seven-wicket victory over the West Indies in ICC Women's World Cup.

Taunton: India skipper Mithali Raj has heaped praise on Smriti Mandhana, who struck an unbeaten century to guide her side to a convincing seven-wicket victory over the West Indies in their ICC Women’s World Cup match in Taunton. The 20-year-old left-hander from Mumbai returned undefeated on 106 as India chased down a 184-run target with more than seven overs and seven wickets to spare on Thursday. Mandhana, who scored 90 in the opener against England, faced 108 balls and struck 13 fours and two sixes. She added 108 runs for the third wicket with Raj (46) after India was in a bother at 33 for two. FULL CRICKET SCORECARD: India vs West Indies, ICC Women’s World Cup 2017

“When we lost two wickets I thought the match was even there but it was important to build a partnership. Smriti played well for her hundred, it was a crucial innings she played and overall the team looks good going into our next game,” said Raj after the match. “We stuck to the [bowling] plan, it was a good toss to win and I thought the spinners really turned the match. At one point I thought their openers were going very well. The captain’s [Stafanie Taylor] run-out and Hayley Matthews’ wicket was the turning point. After that the girls really tightened up the grip,” she added.

Earlier, put into bat by Raj, Hayley Matthews had got the West Indies off to a good start despite the loss of Felicia Walters for just nine. However when Matthews tamely chipped one back to Deepti Sharma for 43, the West Indies innings stalled altogether. Incapable of rotating the strike against the India spinners, even the usually explosive Deandra Dottin – holder of the fastest century in women’s T20Is – could manage just seven off 48 balls.

Reduced to 91 for six, the West Indies mounted something of a recovery, thanks to Shanel Daley (33) and Afy Fletcher (36 not out). Fletcher provided a late impetus to the West Indies innings when she and Anisa Mohammed (11 not out), added 37 runs for the unbroken ninth wicket in just over five overs. India, chasing 184 for victory, lost Punam Raut without a run on the board, which soon became 33 for two following the departure of Deepti Sharma (six). This brought Mandhana and Raj together, who put on a match-winning 108 runs partnership to take the game away from the West Indies.

Stafanie Taylor admitted that it was the West Indies’ failure to keep the run-rate up in the middle overs that proved costly. “We didn’t get the batting right in the middle. A good platform was set but in the middle we fell down and were really short where we didn’t rotate the strike enough,” she said. “We have the batters to do it but I think it’s up to the batters to take more responsibility in their actions. It was crucial to get the scoreboard ticking because we know how this pitch plays. We had to get a total of 270 to be competitive.”

“We have to go back to the drawing board and see what’s been happening and try to work on it. We have two days, we have to shake this off,” she added. This was India’s second successive victory in the tournament and it is now on four points along with Australia, but in second place on net run-rate. The Indian eves will next take on arch-rivals Pakistan in their next game on July 2. 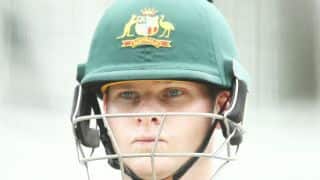 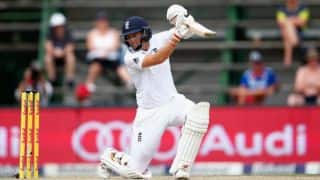