Pakistan Women eased to 5-wicket win against West Indies Women in the warm-up game of ICC Women s World Cup 2017 at Leicester. Nain Abidi s unbeaten 81 and Kainat Imtiaz cameo helped Pakistan continue the winning momentum set by their men counterpart (in ICC Champions Trophy 2017). Nain built crucial partnerships with Bismah Maroof as well as Asmavia Iqbal. Amongst the West Indies bowlers, Shamilia Connell stood out with figures of 2 for 39, while Stafanie Taylor got one wicket. As for the batters, Felicia Walters was the top-scorer with 93-ball 59, while Sana Mir aced with the ball ending with figures of 2 for 46. Full Cricket Updates: ICC Women’s World Cup 2017 warm-ups

Chasing 247, Ayesha Zafar and Nahida Khan were off to shaky start with West Indies bowling in the right channel. However, Ayesha and Marina Iqbal led the resurgence and added 42 runs for the second wicket, but the mix-up between them added to the Pakistan s collapse with Deandra Dottin running out Ayesha. West Indies dominated Pakistan as skipper Stafanie Taylor removed Marina for 13.

After that, it was Nain and Bismah s show that snatched the momentum from West Indies. Their 141-run stand dented West Indies’ confidence. In the process, Bismah got to her fifty first off 57 deliveries, while Nain got it off 48. However, Shamilia had something to rejoice with her second wicket, dismissing Bismah. It was followed by Asmavia s run-out. By then the equation was brought down to 23 off 30. Kainat and Abidi made the task look easier, taking Pakistan to the finishing line with 14 balls to spare.

Put to bat, West Indies’ Hayley Matthews and Felicia were off to a blistering start. Where Hayley hit a six and four off Kainat, Felicia showed her batting prowess against Asmavia. After adding 42 runs for the opening wicket, Hayley and Felicia s mix-up cost West Indies. However, Chedean Nation and Felicia continued the momentum. They added 30 runs before skipper Sana trapped Chedean for an lbw.

The responsibility rested on West Indies skipper Stafanie and Felicia. Where Felicia scored all the boundaries, Stafanie supported her well. After being hammered in the initial overs, Kainat bagged a crucial wicket of Stafanie. West Indies were tottering at 108 for 3. Their powerful hitter Deandra and Felicia tried to build the score after a successful start to their partnership, but succumbed to Pakistan s bowling. Sadia Yousuf then removed Felicia for 59.

The game swiftly tilted towards West Indies when Deandra and Merissa added the highest partnership of the West Indies innings (49). However, West Indies’ mix-ups continued leading to another breakthrough for Pakistan, as Kainat sent Deandra back to the pavilion. West Indies started off their partnerships well but were unable to build them to big ones.

Merissa and Afy Fletcher also put up 40-run stand. However, the former continued her lone battle. Fletcher was bowled by Sana followed by Ayesha taking a simple catch of Merissa, who headed back to the hut for 18. Shanel Daley s cameo boosted West Indies scoreboard, ending the innings with a six and taking West Indies to 246 for 7. 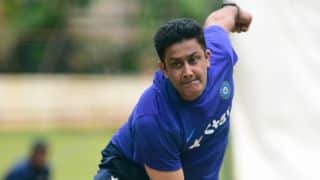 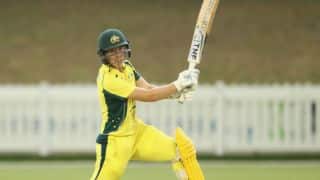