ICC Women's World Cup 2017: Stafanie Taylor believes West Indies is in a perfect place to take forward the confidence gained from the win.

Leicester: West Indies were forced to fight for their first ICC Women’s World Cup 2017 victory last time out, but captain Stafanie Taylor believes her team is in a perfect place to take forward the confidence gained from the win. Pakistan are the latest challenge awaiting West Indies at Grace Road, Leicester on Tuesday, with both teams well aware that reaching the semi-finals are no longer a possibility. But that doesn’t make the game any less important for Taylor as she looks to build on Sunday’s 47-run triumph over Sri Lanka, having reached the final of the competition four years ago. ICC Women’s World Cup 2017, Points Table, Team Standings & Match Results

And with Pakistan looking for their first victory in this edition of the prestigious 50-over tournament, the 26-year-old knows she and the team must be at their menacing best to finish as high in the standings as possible. “This win has added to our confidence. We’ve been fighting really hard to win a game and we know there are two more to go,” said Taylor. “We know how important these games are. We definitely want to win them and go home on a high. Going into Tuesday’s game, we know it’s not going to be easy because Pakistan haven’t won a game,” she added. WWC17: Anisa, Afy gift WI first win of tournament; beat SL by 47 runs

“We know Pakistan’s usual team. They are going to come with their spinners because that’s what they mostly do to all the teams. We should counteract their bowlers. Pakistan has always been a fighting team when they are playing against anyone, but I think everyone thinks West Indies is a team they want to beat. They all come out hard against us.” WWC17: WI s Taylor on her team s crushing defeat against SA

Pakistan’s elimination was confirmed on Saturday, when they suffered a heavy loss to New Zealand, at Taunton, their fifth defeat of the competition. In patches, it has proven to be a match for any team, though consistency remains the next step for the side as they look to build on their competition experience. That’s something captain Sana Mir – who played her 100th ODI on Saturday – is hoping to achieve, starting at Grace Road on Tuesday. ICC WWC 2017: WI name Kycia Knight, Subrina Munroe as replacements

“It’s extremely important for us to finish this tournament on a strong note,” said Sana. “We started off with a strong game, then things started slipping off, so it’s extremely important to finish well. We have to be patient with the team, not having Bismah Maroof around makes things tougher as a batter.There have been a couple of times where we’ve lost early wickets where she could come in and give us a platform to put a good total on the board,” Sana said.

“The youngsters have showed promise in the previous tournaments but they haven’t been able to apply it in the World Cup. Everyone in the team is looking to take responsibility, I’m scoring runs so it’s more important for me to do that. I have belief in the same batting line-up, they have the potential and have played really well in the previous matches,” she added. 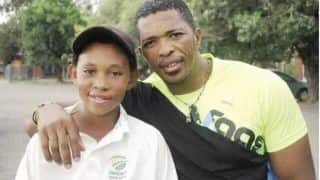 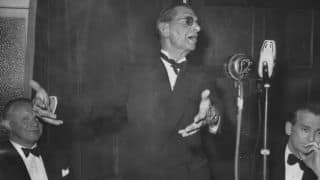