India are placed in Group B along side New Zealand, ranked No. 2, Australia, the No 1 ranked team, Pakistan and Ireland.

The Indian women’s cricket team have not made great strides in the shorter format. Their best showing at the ICC Women’s World T20 was reaching the semi-final stages in the first two editions in 2009 and 2010. Since then, India have crashed out in the group stages, including the last edition in 2016 at home.

However, a fresh new side, brimming with confidence after a crushing 4-0 away series win (one match was washed out) against Sri Lanka before clean sweeping Australia A at home, led by Harmanpreet Kaur, will be looking to change their fortunes when they face New Zealand in a tough Group B opener of the ICC Women’s World T20 at the Providence Stadium inGuyana.

India scripted a fairy-tale in the 50-over format when they reached the World Cup final last year but failed to calm the nerves against England in the summit clash.

This time however, Kaur and newly-appointed head coach Ramesh Powar insist that with the presence of fearless youngsters in the Indian team, ranked fifth in the 10-team mega event, have boosted their chances in a bid to claim their maiden crown.

Where to watch: Star Sports 1/1HD or you can follow CricketCountry’s LIVE blog

Weather: Scattered thunderstorms with a maximum of 31 degrees

Alongside New Zealand, ranked No. 2, India have Australia, the No 1 ranked team, Pakistan, who beat them in the last edition and Ireland, who qualified for the first standalone Women’s World T20 event, for company. India’s strength will be their spinners given that the surfaces in the West Indies are expected to help the slower bowlers. Poonam Yadav, the leg-spinner, currently No. 2 in the ICC bowlers’ T20 rankings, will lead the spin department with the experienced Ekta Bisht and young Radhav Yadav as the other bowling left-arm spin options. Deepti Sharma and Kaur are off-spinners.

In the batting department, India are loaded with heavy firepower with the veteran Mithali Raj, Smrit Mandhana, Kaur and Jemimah Rodrigues forming a formidable the top four. Veda Krishnamurthy lends a slight balance to the middle order. India should look to go ahead with the same side that won them the series in Sri Lanka.

Runners up in 2009 and 2010, New Zealand, led by Amy Satterthwaite, who took over the reins recently after regular skipper Suzie Bates suddenly stepped aside, are a squad packed with spinners. In addition to Sattherthwaite, 17-year-old leg-spinner Amelia Kerr and off-spinners Leigh Kasperek, Jess Watkin, Maddy Green and Anna Peterson, will form the spin-heavy White Ferns contingent. Bates, who has scored 2846 runs in 104 T20Is at an average of 30.27, has been in ominous form. The No. 1 ranked T20I batswoman has been a bowlers’ nightmare. Another player to watch out for is the devastating allrounder Sophie Devine, the other opener with Bates. However, the problem for the Kiwis has been that if their openers fail, it exposes the frail inexperienced middle-order that hasn’t been able to live up to expectations. However, things might just change on Friday.

Suzie Bates needs one wicket more to reach 50 in T20I

“The bowlers too have improved massively in last three months, they are clear with their plans. And fielding wise, we are 10 per cent better than in the last World Cup” Smriti Mandhana

“They know that if we grow as individuals, the team grows, the Indian women’s cricket grows, and people will start noticing the game in India and around the world. When you enter such tournaments, you have to break records, get noticed as an individual and team also, so I’m looking forward to that.” Ramesh Powar 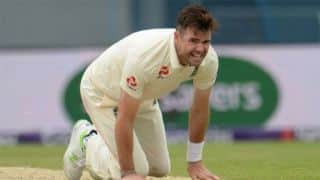 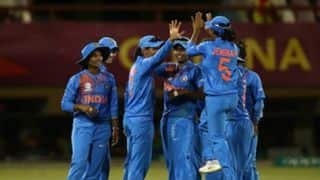