Jason Holder has been appointed captain of the side with Marlon Samuels as his deputy.

Destructive West Indies opener Chris Gayle has launched a scathing attack on the country’s Cricket Board and the national selectors for excluding all-rounders Dwayne Bravo and Kieron Pollard from the World Cup squad, terming the move as “ridiculous”.

The Clive Lloyd-led selection panel named a 15-member squad for the upcoming 50-over showpiece event in Australia and New Zealand starting February 14. Gayle was far from happy by the omission of Bravo and Pollard.

“How can those two guys not be in the team?” Gayle, whose 41-ball 90 took West Indies to a series winning T20 victory against South Africa here on Sunday, said in the post-match conference.

“To me it got to be like victimisation when you look at it towards those two guys. Come on, guys. It is just ridiculous. Come on. Ridiculous. Really hurt. Ridiculous.

Honestly, it throws me off. We can only talk. We can express our feelings, which I’m doing at this point in time. The squad already is announced. It is just sad.

“We don’t have our strongest team without Pollard, nor Bravo. So that is actually sad for us. It is a really big blow for us to actually lose two key players, two key all-rounders as well, very good in the outfield. I don’t know what’s the history behind it, but it is a ridiculous selection from my point of view.”

Jason Holder has been appointed captain of the side with Marlon Samuels as his deputy and Gayle also finds a place but the exclusion of Pollard and Bravo has come as a huge surprise to many.

“I don’t know where our cricket is actually going to …where we are heading with this sort of situation. But it is really sad. Actually we won the [Twenty20] series with our best team and now there will be changes, with two of our biggest players in ODI cricket not involved in the 50-over format and the World Cup. It really hurts but I’m really, really glad that we won the series for Pollard and Bravo.”

Gayle’s blunt attack came a day after the WICB released a list of 12 players granted central contracts, with Gayle not finding a place in it.

Gayle was further surprised at the selection after Bravo told the ‘big hitter’ that the move came as a part of the selectors’ vision on re-building the team. 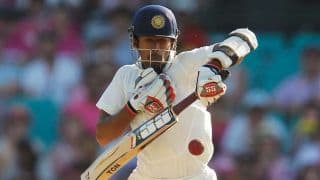