A galaxy of former and current stars will be in action at the iconic Lord’s on Thursday to play an exhibition match between the ICC World XI and the West Indies and help raise funds for the refurbishment of five cricket stadia in the Caribbean that were damaged by Hurricanes Irma and Maria in 2017.

“It’s a great honour to be leading the ICC World XI side, that too for such a good cause. I’m sure all the players from either side are looking forward to the match with great enthusiasm and people will get to see some high-quality cricket on Thursday,” Afridi said on Twitter.

The World XI side, in fact, has had more than a few changes since being formally announced. Morgan was the first name announced, followed by those of Afridi, his compatriot Shoaib Malik and Thisara Perera, the Sri Lanka T20I captain. Next came Rashid Khan, the Afghan leg-spin superstar, and Bangladesh stalwarts Shakib Al Hasan and Tamim Iqbal, followed by Indians Dinesh Karthik and Hardik Pandya and New Zealanders Luke Ronchi and Mitchell McClenaghan.

That completed the XI, but Shakib opted out because of personal reasons and was replaced by the exciting teenaged Nepal leg-spinner Sandeep Lamichhane. Pandya has also opted out since then, to be replaced by countrymate Mohammed Shami, who has also been swapped with Tymal Mills, while Sam Billings has filled in for Morgan.

Karthik, Ronchi and Billings are all wicket-keeping candidates, while in McClenaghan, Curran and Mills, there’s a good pace department.

But the most exciting is perhaps the spin attack, or the leg-spin attack, with the two Rashids and Lamichhane all available for selection, not to forget Afridi himself.

With Samuel Badree on the other side, this one could well be the greatest exhibition of T20 leg-spin bowling ever. Whichever combination Afridi and Andy Flower, the World XI coach, decide to put out on the field should provide excellent competition to the defending ICC World T20 champions.

Carlos Brathwaite, who hit Ben Stokes for four successive sixes to win the Windies the last ICC World T20 at Kolkata’s Eden Gardens in April 2016, is the captain of the Windies side, and the squad has some fantastic T20 talent in their midst.

Six of those players were a part of the XI that won the World T20 2016 final. 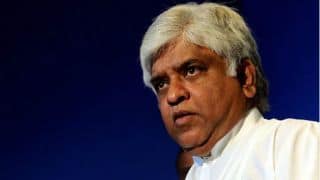 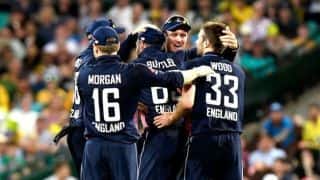 England announce squads for ODIs vs Australia and Scotland