Legspinner Imran Tahir is enjoying his game and isn't thinking of retirement yet unless South Africa end up winning the ICC World Cup 2019 in England.

Legspinner Imran Tahir is enjoying his game and isn’t thinking of retirement yet unless South Africa end up winning the ICC World Cup 2019 in England.

Tahir has an experience of 86 ODIs, 36 T20Is and 20 Tests. It’s been almost seven years since he made his international debut before establishing himself as the lead spinner.

Tahir wants to extend his international career as long as he can but he wouldn’t want to overstay his welcome. It is a bit early for me to say anything, Tahir said on Tuesday. I am loving the game at the moment, but I will admit that if we win the World Cup I will probably call it. It s too early to say but at the moment I am enjoying every opportunity that I get to play for South Africa. I am trying to go as long as I can, I want to make sure I enjoy my game and I give what the team requires from me. I also don t want to overstay in the team, I want to leave with respect.

In South Africa’s last ODI series, in Sri Lanka, the team management tried different combination resting the first-choice Tahir. Tabraiz Shamsi and Keshav Maharaj have been given a run to prove themselves and Tahir is excited to share the stage with them and more than happy to embrace the role of a mentor.

It is nice to see the spinners coming up, he said. Shamsi has done well and deserves to be where he is at right now. I am looking forward to share my knowledge with him and with all the spinners that I will get to play with, even at the Dolphins. I always try to help spinners as much as I can wherever I play in the world. It is exciting that we have another mystery bowler in Shamsi and I look forward to playing with him if we do play two spinners. We talk often about the game, and we make plans in advance of any series or game, which is great. I am happy to help anyone who wants to talk about spin.

Tahir, 39, has kept himself match-fit by participating in England’s T20 Blast and Caribbean Premier League (CPL) where he put up impressive performances. He returned to international cricket in the first ODI against Zimbabwe on Sunday and returned figures 2/23 from five overs.

I have been playing cricket so I haven t been on a break, he said. I played in England and the Caribbean, I have been playing the game which is very good for me. I would rather be playing than having a rest, which is why I am happy to come back and put the Proteas shirt on, it is an absolute privilege. I am looking forward to every match of this series.

With the age catching up, Tahir has revealed he has been working hard on his fitness to keep going. I’ve been working really hard on my fitness. We’ve got so many fit guys in our team, so if you want to keep the standards up, a guy like me, I need to be really up from a fitness point of view and make an impact. It’s going to be a challenge, but I’m the kind of guy who loves challenges, he said.

He further added, I’m trying to focus my training and take that into the World Cup. I’m developing some bowling and fielding plans and things like that. And preparing for some difficult times when I might need to bowl, and I need to be really up for it whenever the captain needs me to bowl. 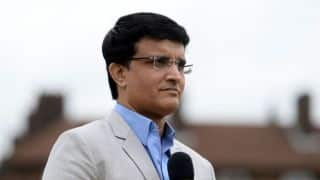