It is expected that likes of Jhulan Goswami (Bengal), Mithali Raj (Railways), Jemimah Rodrigues (Mumbai) along with other domestic captains will be attending the conference.

In a first, the Indian cricket board will be inviting all the state skippers of the women’s teams at its ‘Annual Domestic Captains and Coaches Conclave’, making the event more inclusive.

The more than a decade old conclave is conducted at the end of every domestic season. Captains and coaches of various Ranji Trophy 2018-19 teams give their feedback to the BCCI administration about the season that goes by. However, the women cricketers were not made a part of it in the previous editions.

During the May 17 conclave in Mumbai, the captains and coaches of the women’s state teams will be joining their male counterparts in giving assessment of the just-concluded domestic season.

“Yes, this is the first time that domestic women’s team captains and the chief coaches have been invited to the conclave. Their feedback is very important and we would like to know what they thought about the last season,” BCCI GM (Cricket Operations) Saba Karim, who is also in charge of overall development of women’s game, informed on Wednesday. (ALSO READ: Nigel Llong under BCCI scanner, but unlikely to be removed from IPL 2019 final)

Karim, however, didn’t wish to get into whether there will be discussions on how to broaden the talent pool in order to have a full-fledged women’s IPL in near future.

“I would not like to comment on that but yes we need to get feedback from our women cricketers and coaches for the development of the game and how we can help to raise the quality of cricket at the domestic level,” the former India wicketkeeper said.

It is expected that likes of Jhulan Goswami (Bengal), Mithali Raj (Railways), Jemimah Rodrigues (Mumbai) along with other domestic captains will be attending the conference.

As far as the men’s conclave goes, the notable aspect up for discussion will be the feedback provided by the captains and coaches of the North Eastern states, who joined the first-class system last season.

It is expected that sub-standard umpiring across all formats and age groups (men and women) is also likely to come up for discussion during the meeting.

In all, the 2018-19 season featured 2024 domestic matches (men and women) across age-groups with 6471 registered players (men and women) taking part. This was close to 1000 matches more than last year. 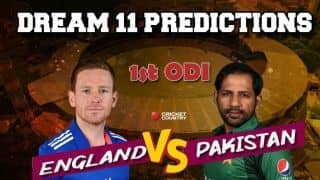 Dream11 Prediction: ENG vs PAK Team Best Players to Pick for Today’s Match between England and Pakistan at 5:30PM 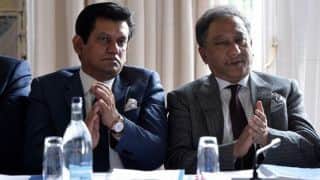